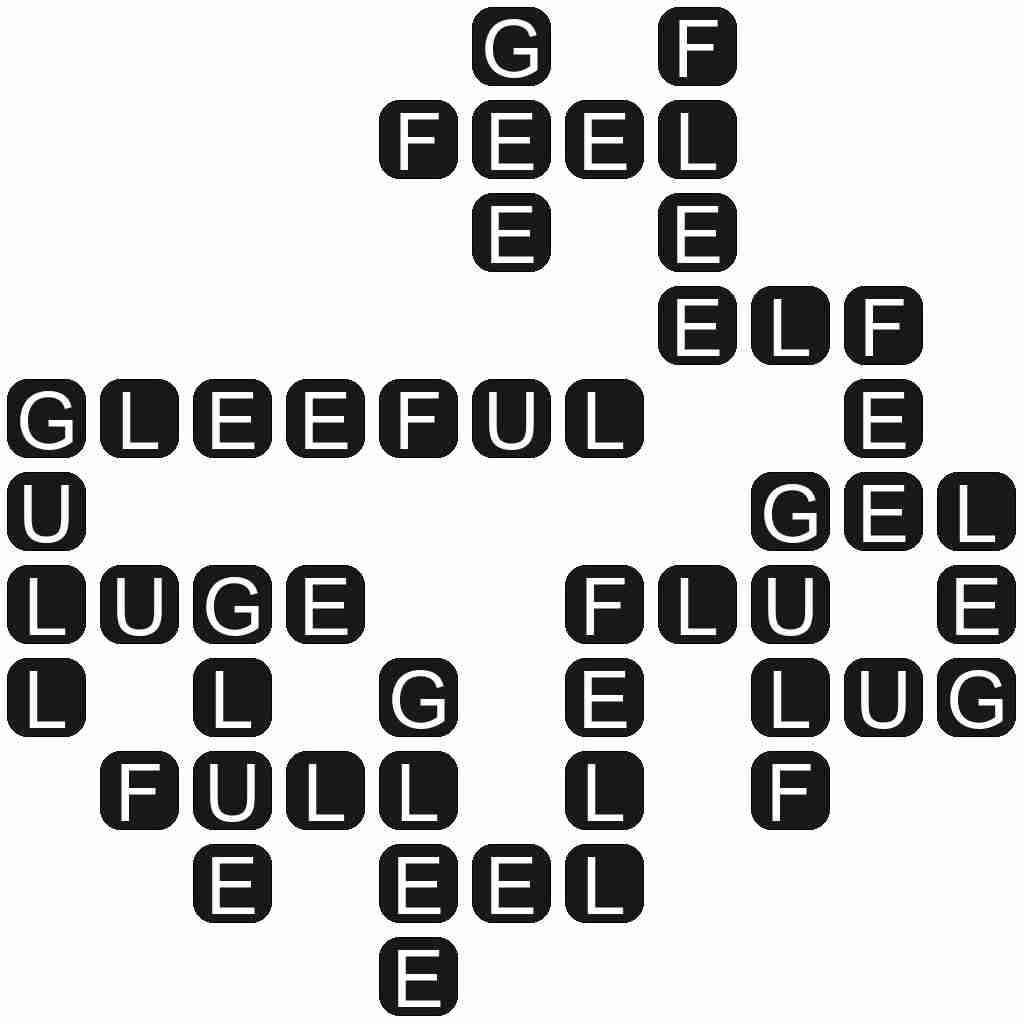 FULL - Containing the maximum possible amount of that which can fit in the space available.

GULF - A hollow place in the earth; an abyss; a deep chasm or basin.

GULL - A seabird of the genus Larus or of the family Laridae.