Home » Wordscapes answers for all levels » 5731 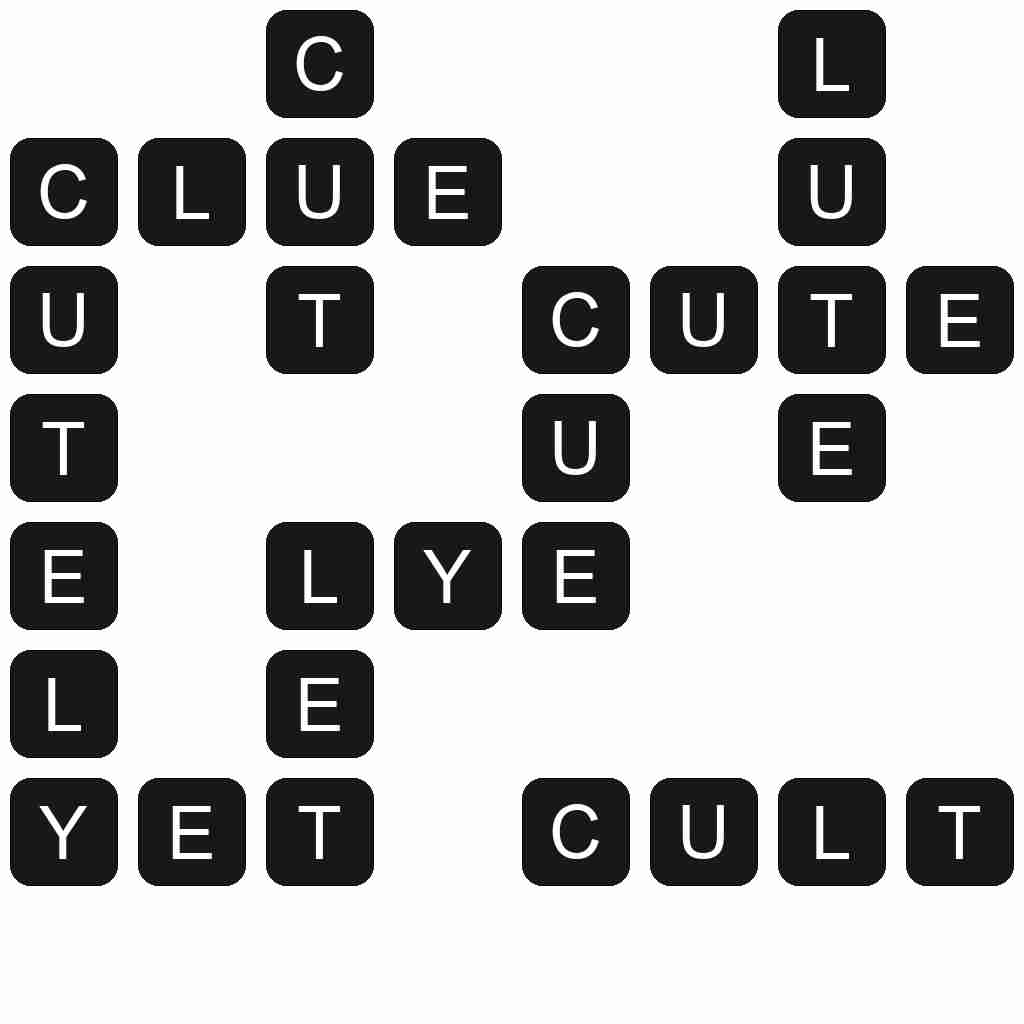 CUTELY - In a cute manner.