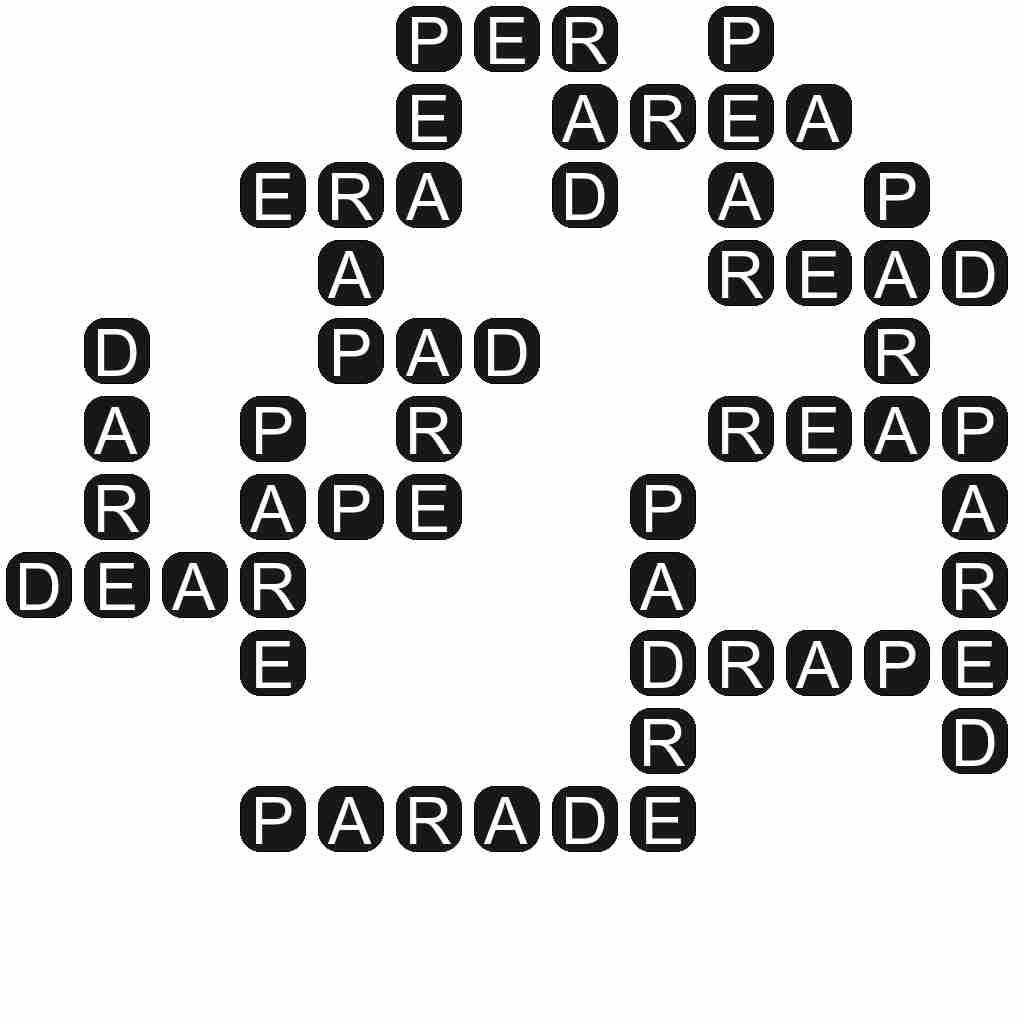 DARE - To have enough courage (to do something).

PARA - Formerly, a subunit of currency in several countries in the Ottoman/Turkish and Yugoslav regions.

PARED - Simple past tense and past participle of pare.

DRAPE - A curtain, a drapery.

PARADE - An organized procession consisting of a series of consecutive displays, performances, exhibits, etc. displayed by moving down a street past a crowd.