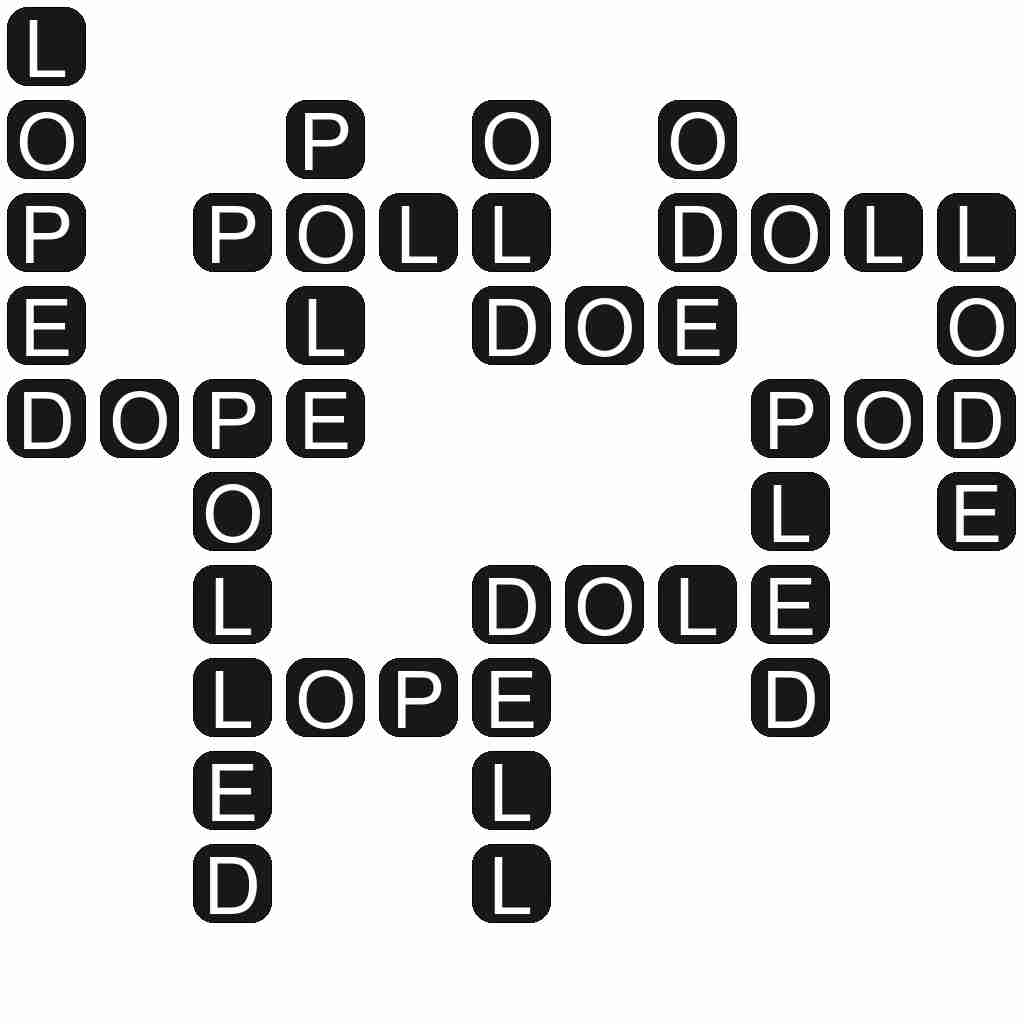 POLE - Originally, a stick; now specifically, a long and slender piece of metal or (especially) wood, used for various construction or support purposes.

PLED - Simple past tense and past participle of plead.

LOPED - Simple past tense and past participle of lope.

POLLED - Simple past tense and past participle of poll.