Home » Wordscapes answers for all levels » 5719

The words included in this word game are:
ION, NOT, TIN, TON, NIT, TIC, COIN, ICON, INTO, VINO, TONIC, CONVICT. 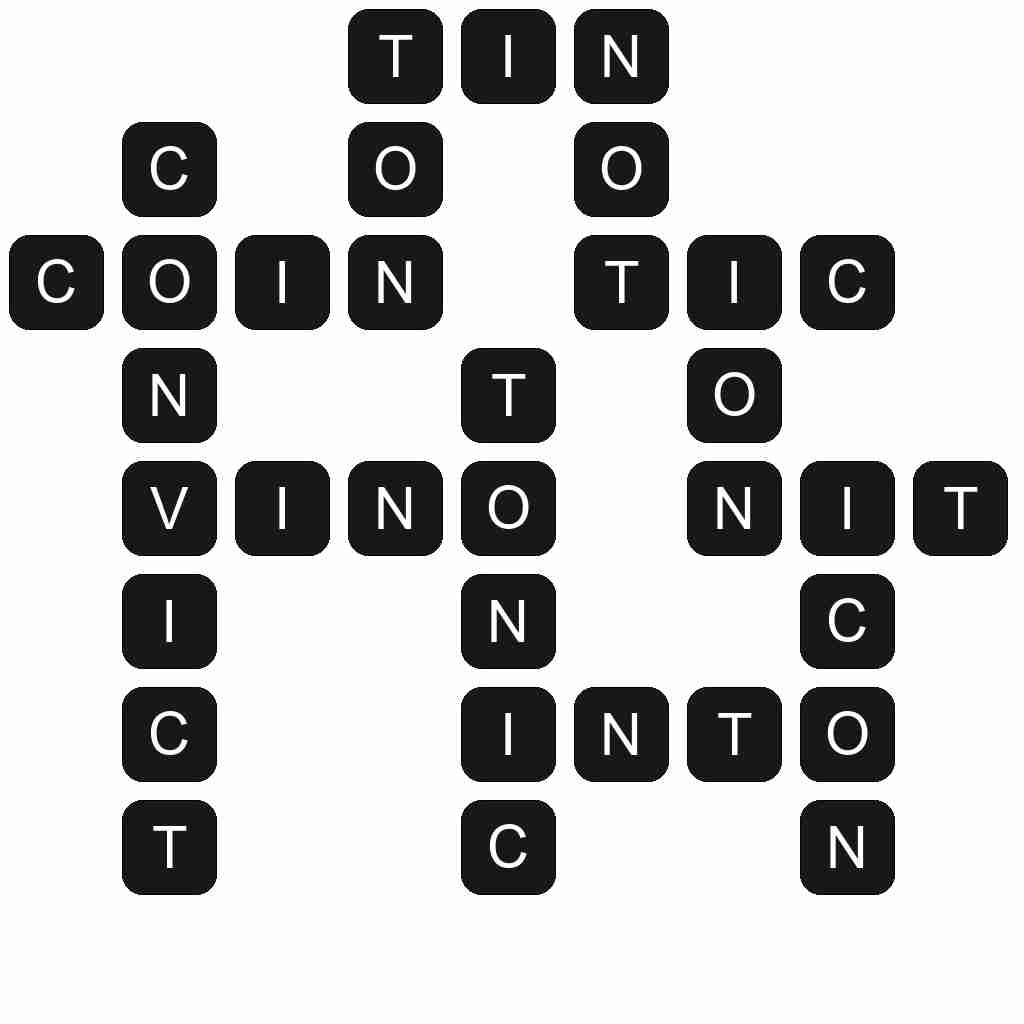