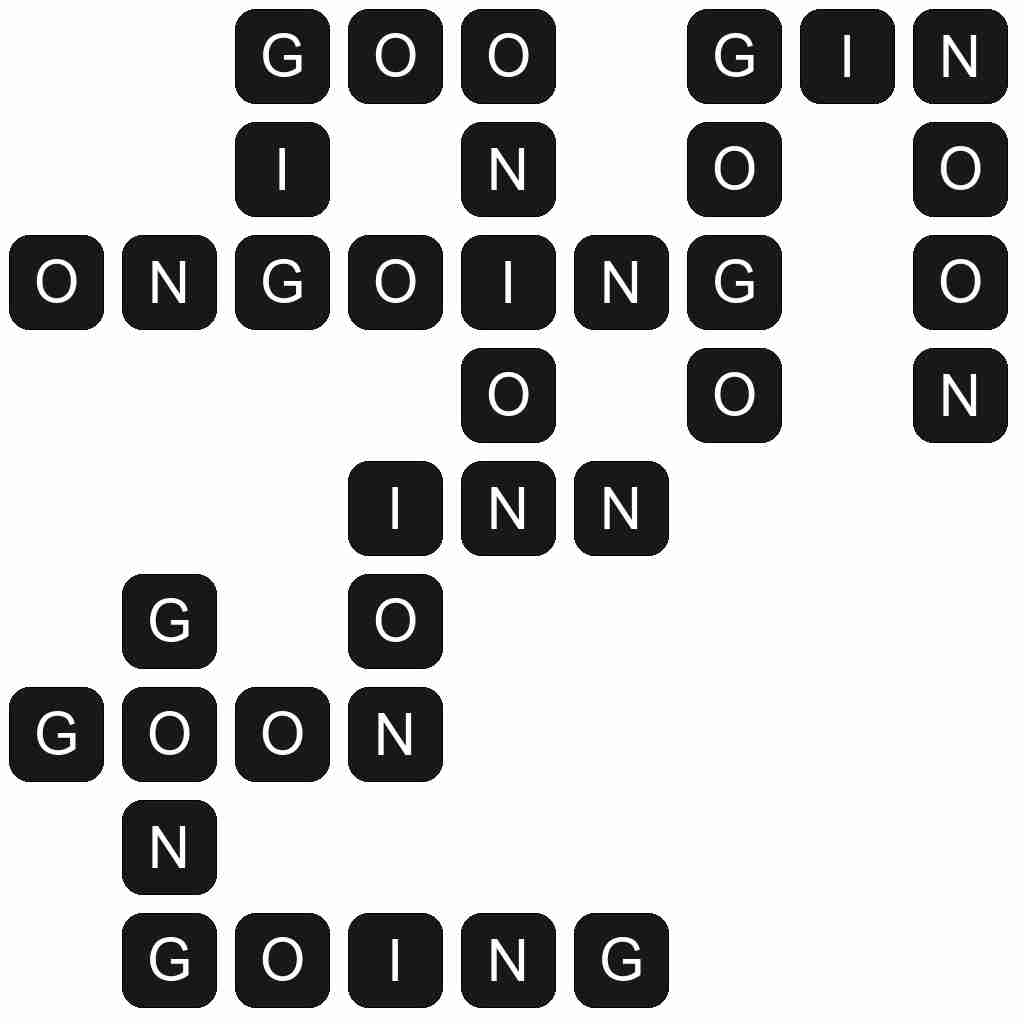 GOO - Any semi-solid or liquid substance; especially one that is sticky, gummy or slippery; frequently of vague or unknown composition, or a bodily fluid.

GOON - A thug; a usually muscular henchman with little intelligence (also known as a 'hired goon').

GONG - A percussion instrument consisting of a metal disk that emits a sonorous sound when struck with a soft hammer.

ONION - A monocotyledonous plant of genus Allium allied to garlic, used as vegetable and spice.