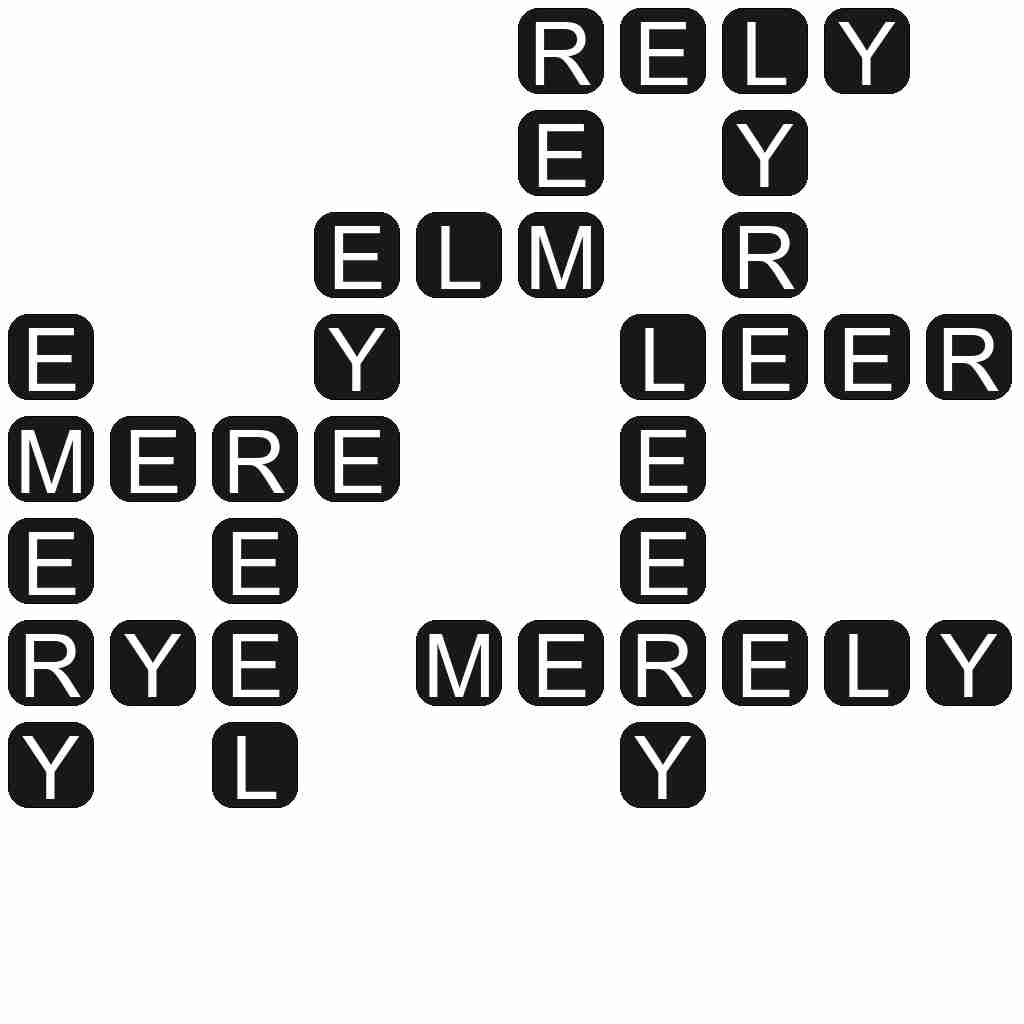 EMERY - An impure type of corundum, often used for sanding or polishing.

MERELY - Without any other reason etc.; only, just, and nothing more.