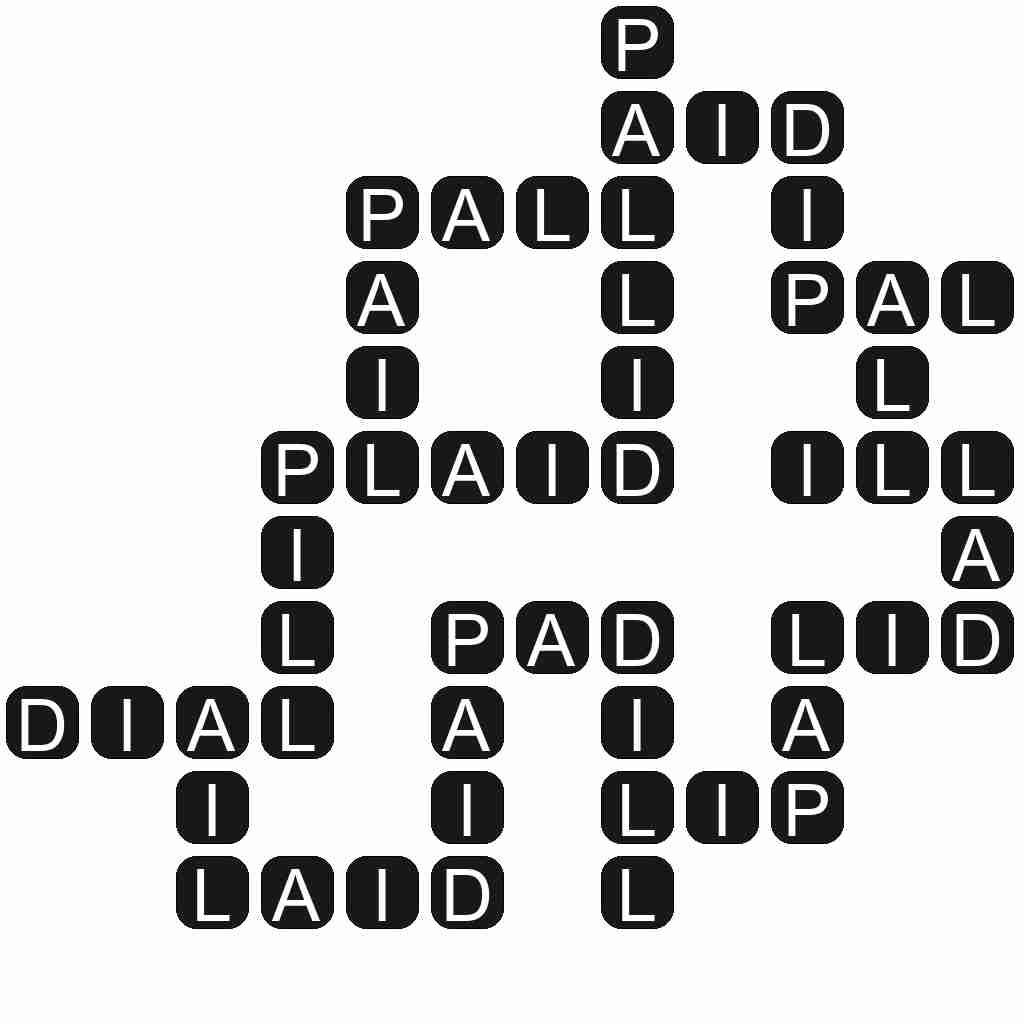 DIAL - A graduated, circular scale over which a needle moves to show a measurement (such as speed).

LAID - Simple past tense and past participle of lay.

PAID - Simple past tense and past participle of pay.

PLAID - Having a pattern or colors which resemble a Scottish tartan; checkered or marked with bars or stripes at right angles to one another.