Home » Wordscapes answers for all levels » 5640 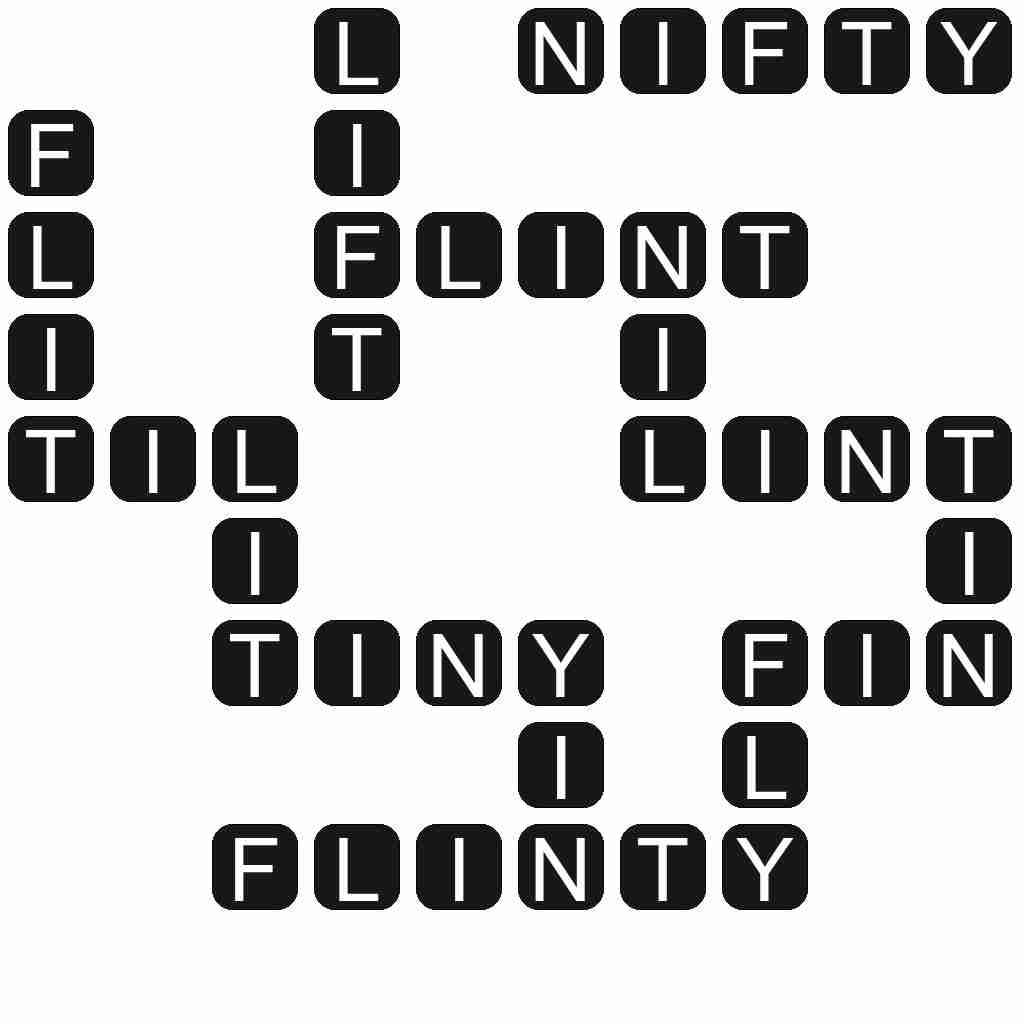 LINT - A fine material made by scraping cotton or linen cloth; used for dressing wounds.

FLIT - A fluttering or darting movement.

FLINT - A hard, fine-grained quartz that fractures conchoidally and generates sparks when struck.

NIFTY - Good; a general term for anything that is good, useful or beneficial.