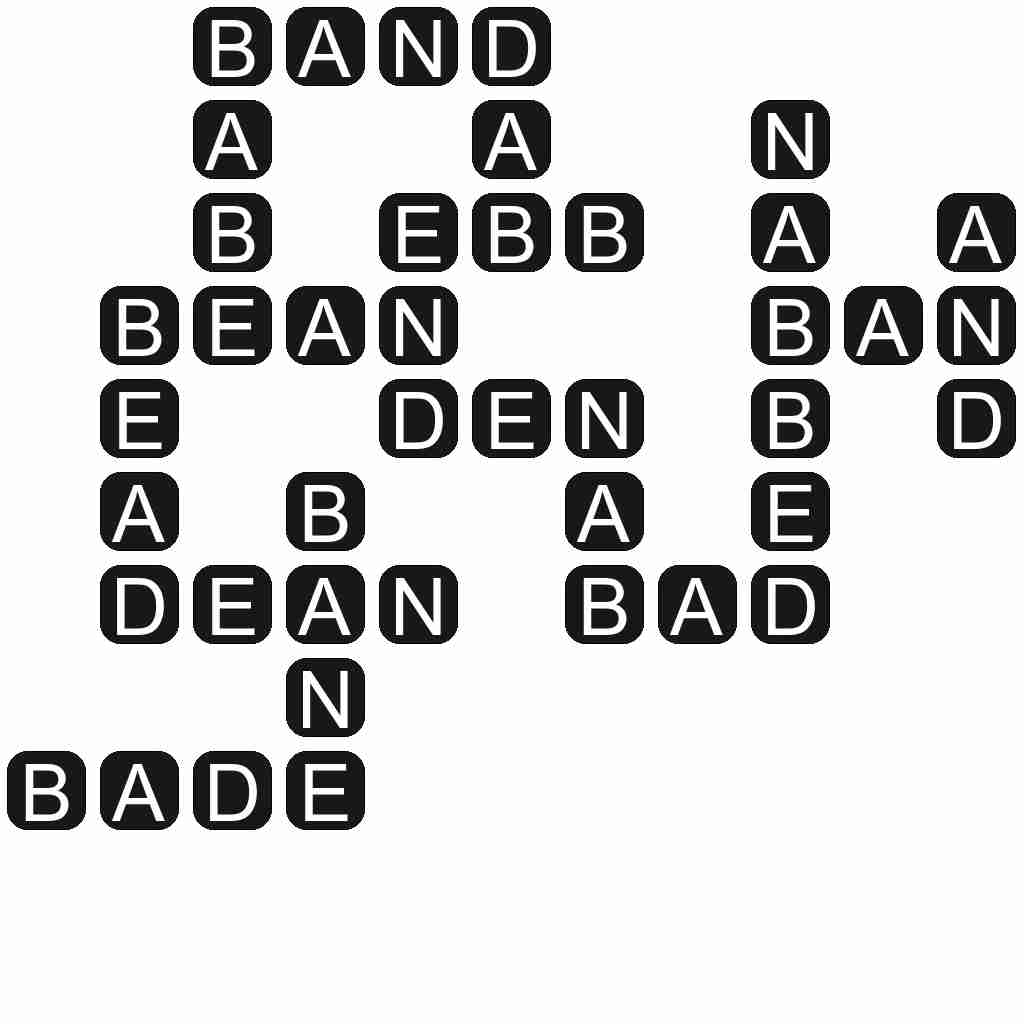 BABE - A baby or infant; a very young human or animal.

BAND - A strip of material wrapped around things to hold them together.