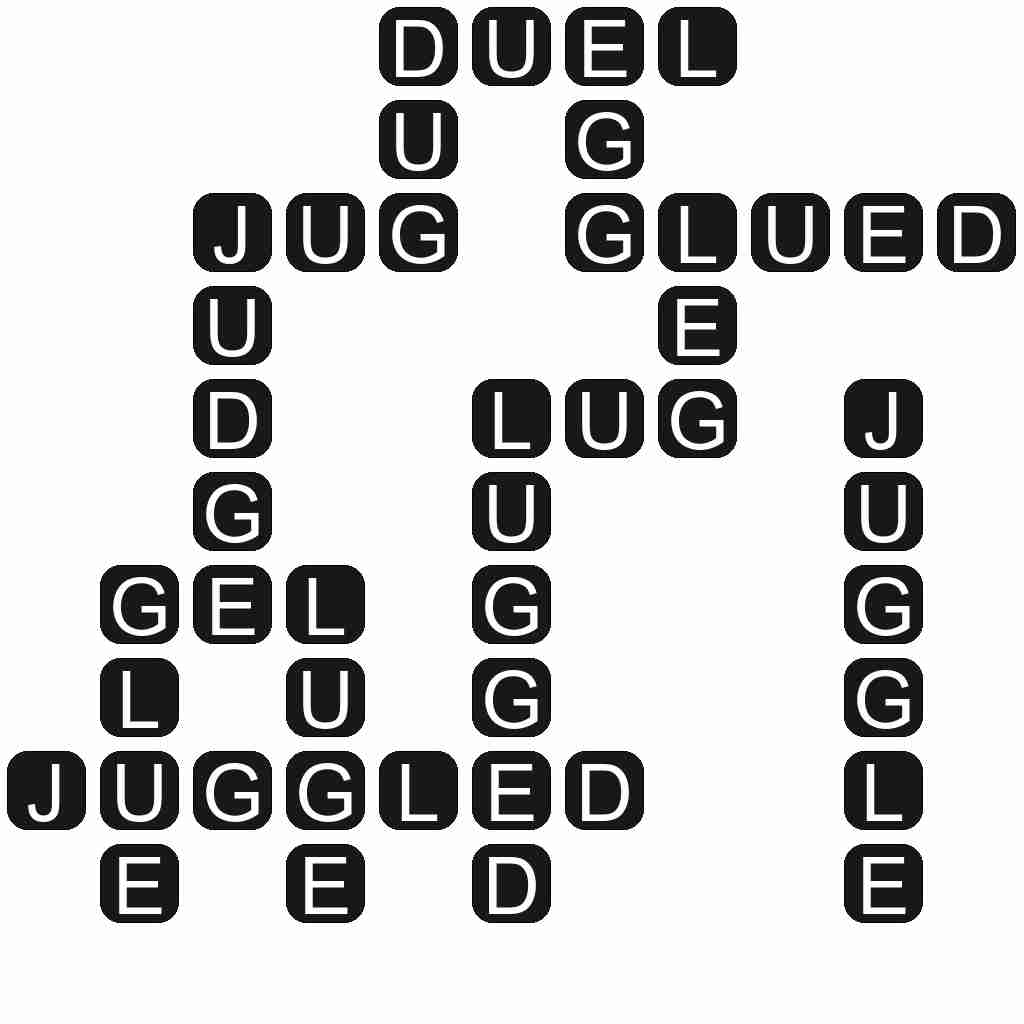 JUG - A serving vessel or container, circular in cross-section and typically higher than it is wide, with a relatively small mouth or spout, a handle and often a stopper or top.

GLUED - Simple past tense and past participle of glue.

JUDGE - A public official whose duty it is to administer the law, especially by presiding over trials and rendering judgments; a justice.

LUGGED - Simple past tense and past participle of lug.

JUGGLE - To manipulate objects, such as balls, clubs, beanbags, rings, etc. in an artful or artistic manner. Juggling may also include assorted other circus skills such as the diabolo, devil sticks, hat, and cigar box manipulation as well.

JUGGLED - Simple past tense and past participle of juggle.