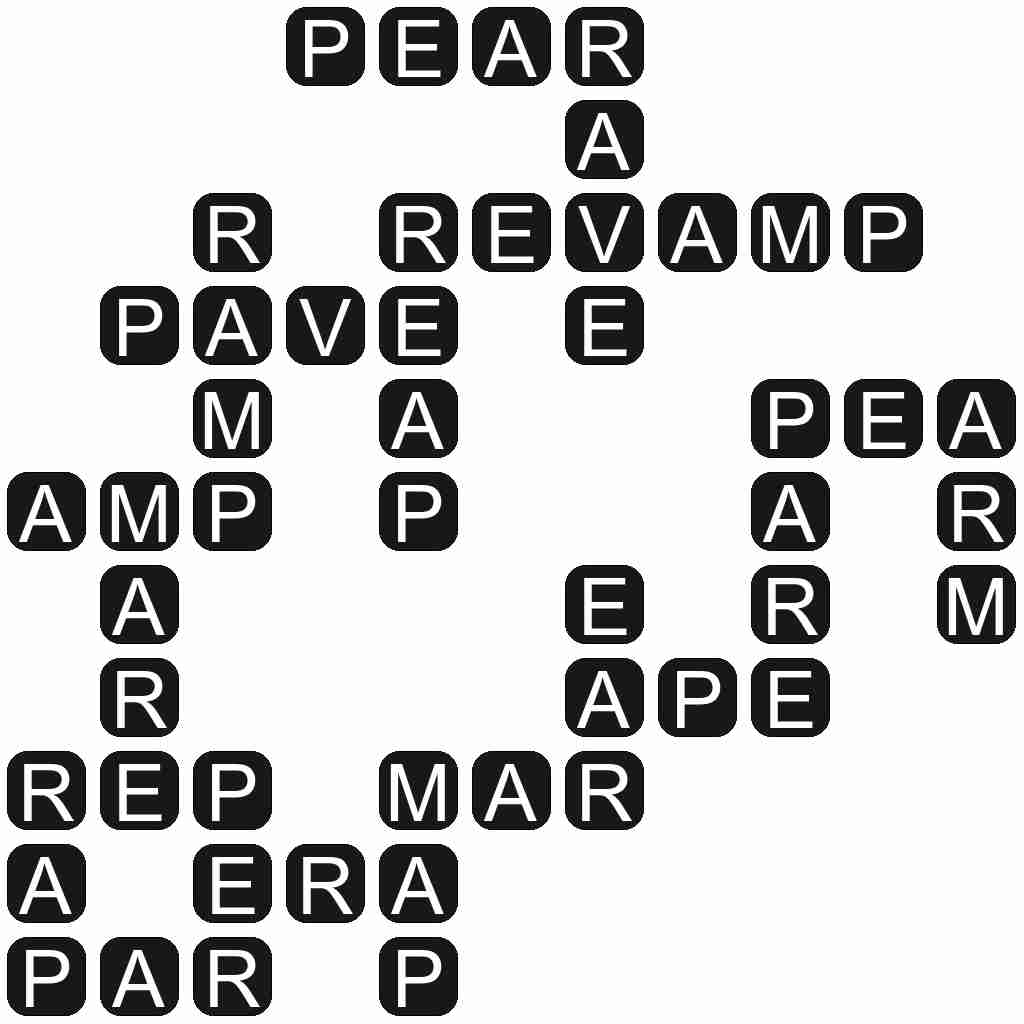 PAVE - To cover something with paving slabs.

RAMP - An inclined surface that connects two levels; an incline.

RAVE - An enthusiastic review (such as of a play).

REVAMP - To renovate, revise, improve or renew; to patch.