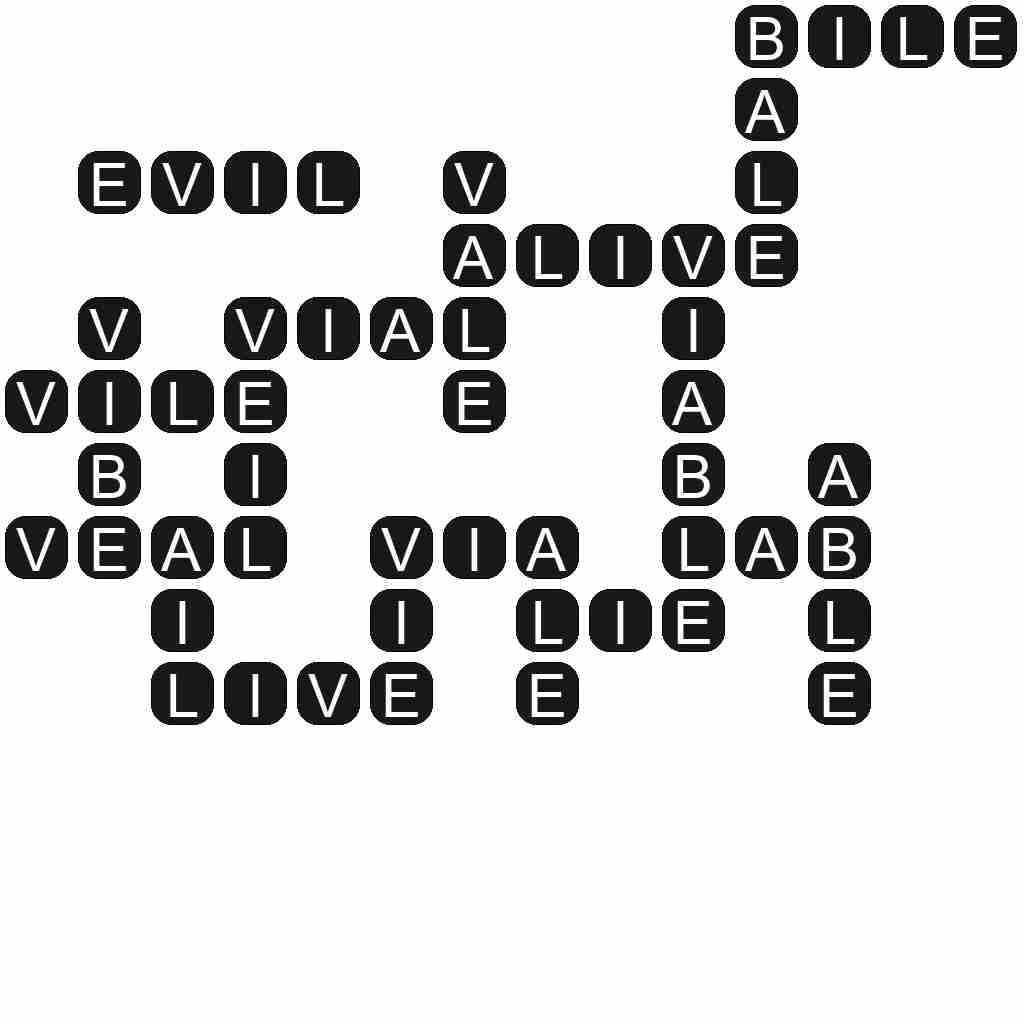 VEAL - The flesh of a calf used for food.

VIBE - To relax and enjoy oneself.

ALIVE - Having life, in opposition to dead; living; being in a state in which the organs perform their functions; as, an animal or a plant which is alive.