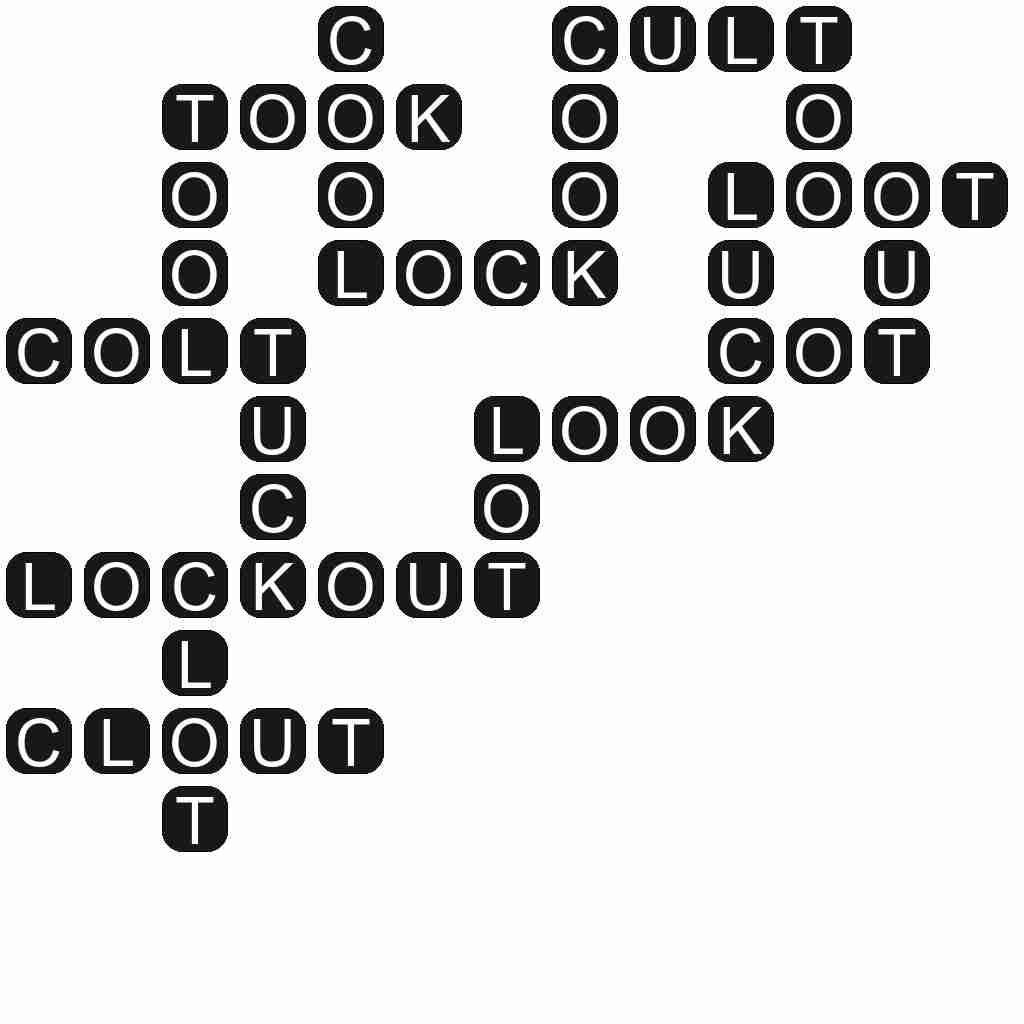 COOK - A person who prepares food for a living.

COOL - Having a slightly low temperature; mildly or pleasantly cold.

LOCK - Something used for fastening, which can only be opened with a key or combination.

LOOK - To try to see, to pay attention to with one's eyes.

LUCK - Something that happens to someone by chance, a chance occurrence.

TOOK - Simple past of take.

TOOL - A mechanical device intended to make a task easier.

CLOT - A solidified mass of blood.

LOCKOUT - The opposite of a strike, a labor disruption where management refuses to allow workers into a plant to work even if they are willing.