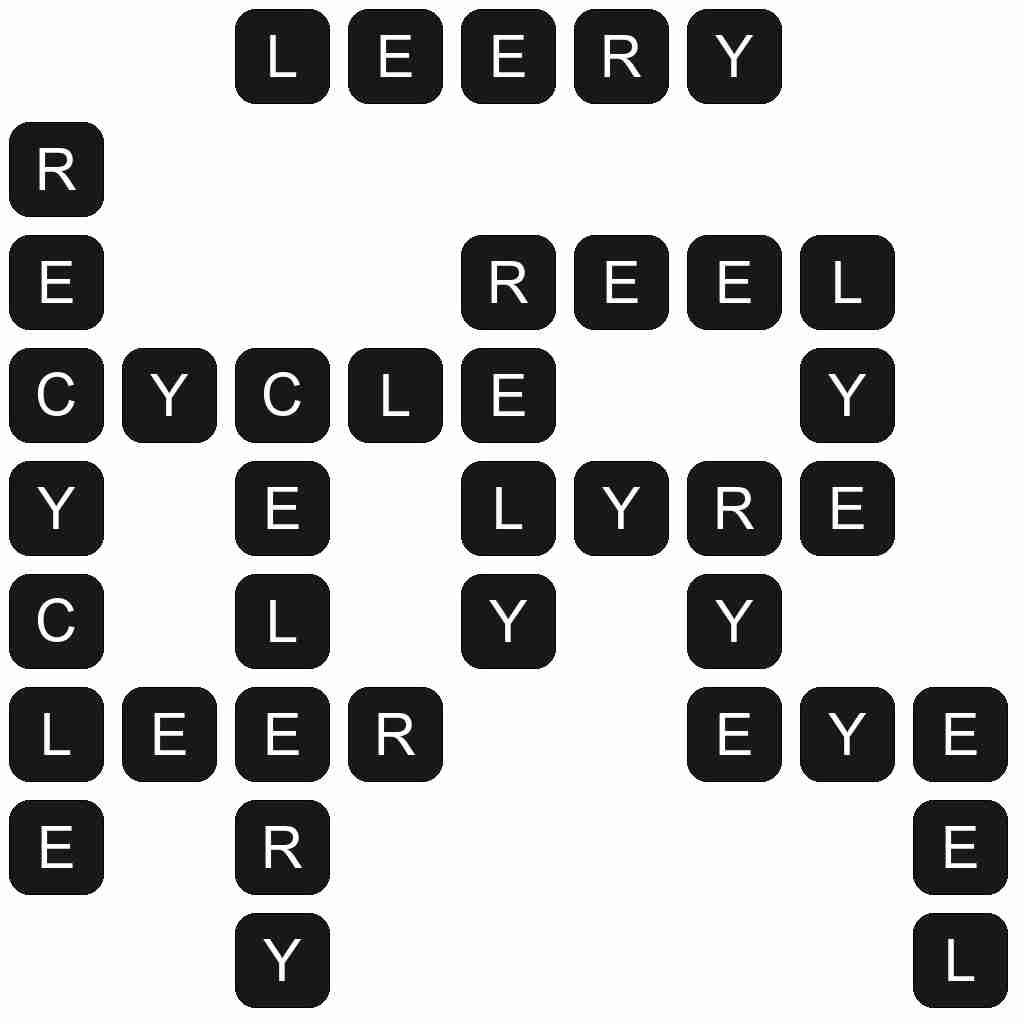 CYCLE - An interval of space or time in which one set of events or phenomena is completed.

CELERY - A European herb (Apium graveolens) of the carrot family.

RECYCLE - To break down and reuse component materials.