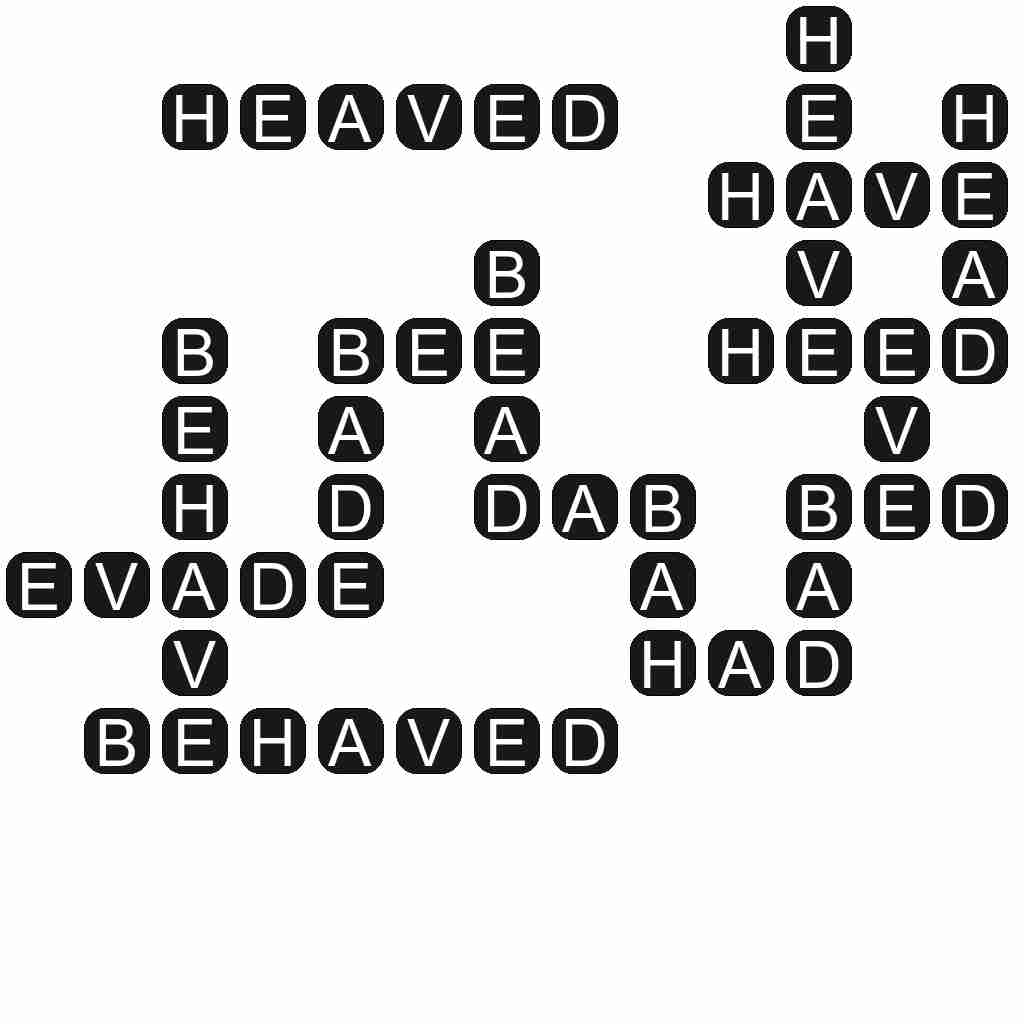 HEAD - The part of the body of an animal or human which contains the brain, mouth, and main sense organs.

EVADE - To get away from by artifice; to avoid by dexterity, subterfuge, address, or ingenuity; to elude; to escape from cleverly; as, to evade a blow, a pursuer, a punishment; to evade the force of an argument.

HEAVE - To lift (generally); to raise, or cause to move upwards (particularly in ships or vehicles) or forwards.

BEHAVE - To conduct (oneself) well, or in a given way.

HEAVED - Simple past tense and past participle of heave.

BEHAVED - Simple past tense and past participle of behave.