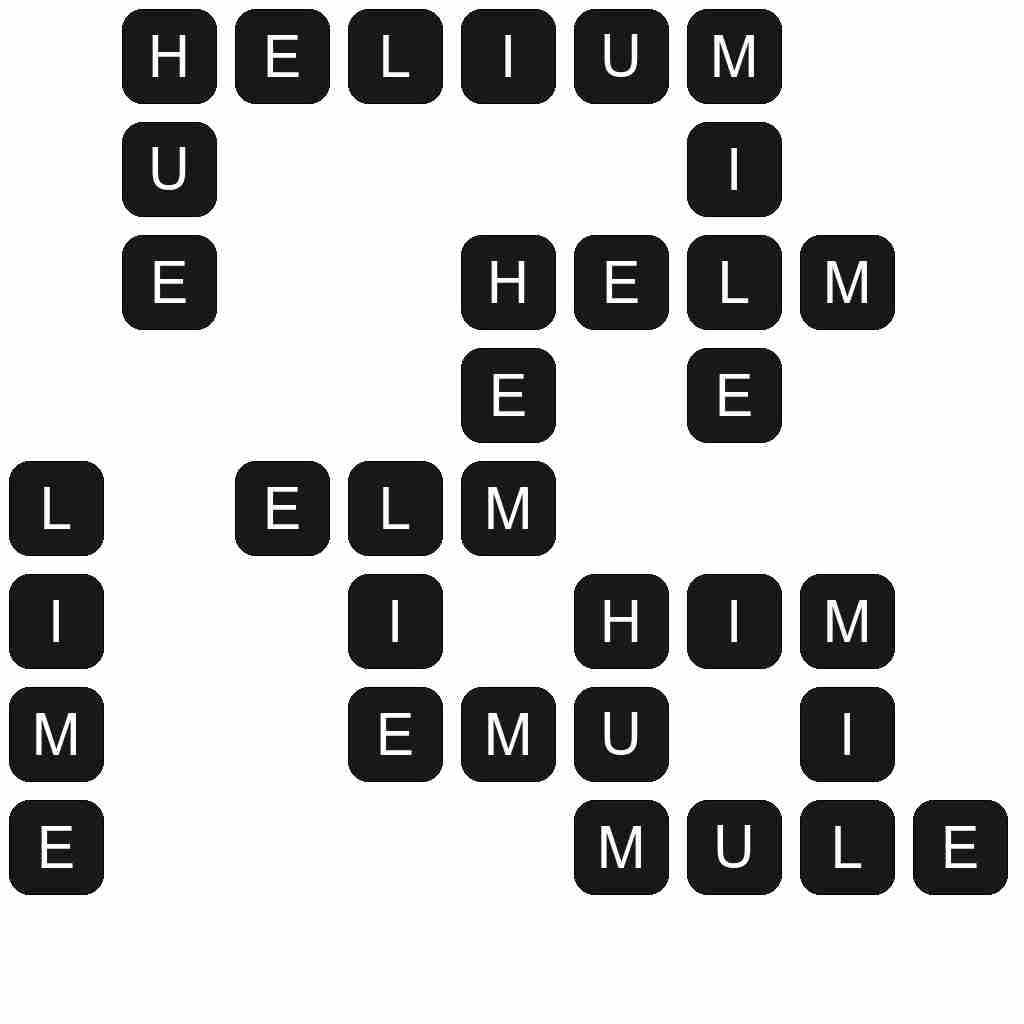 HIM - A masculine pronoun; he as a grammatical object.

HELM - The steering apparatus of a ship, especially the tiller or wheel.

MULE - A generally sterile male or female hybrid offspring of a male donkey and a female horse.

HELIUM - A colorless and inert gas, and the second lightest chemical element (symbol He) with an atomic number of 2 and atomic weight of 4.002602.