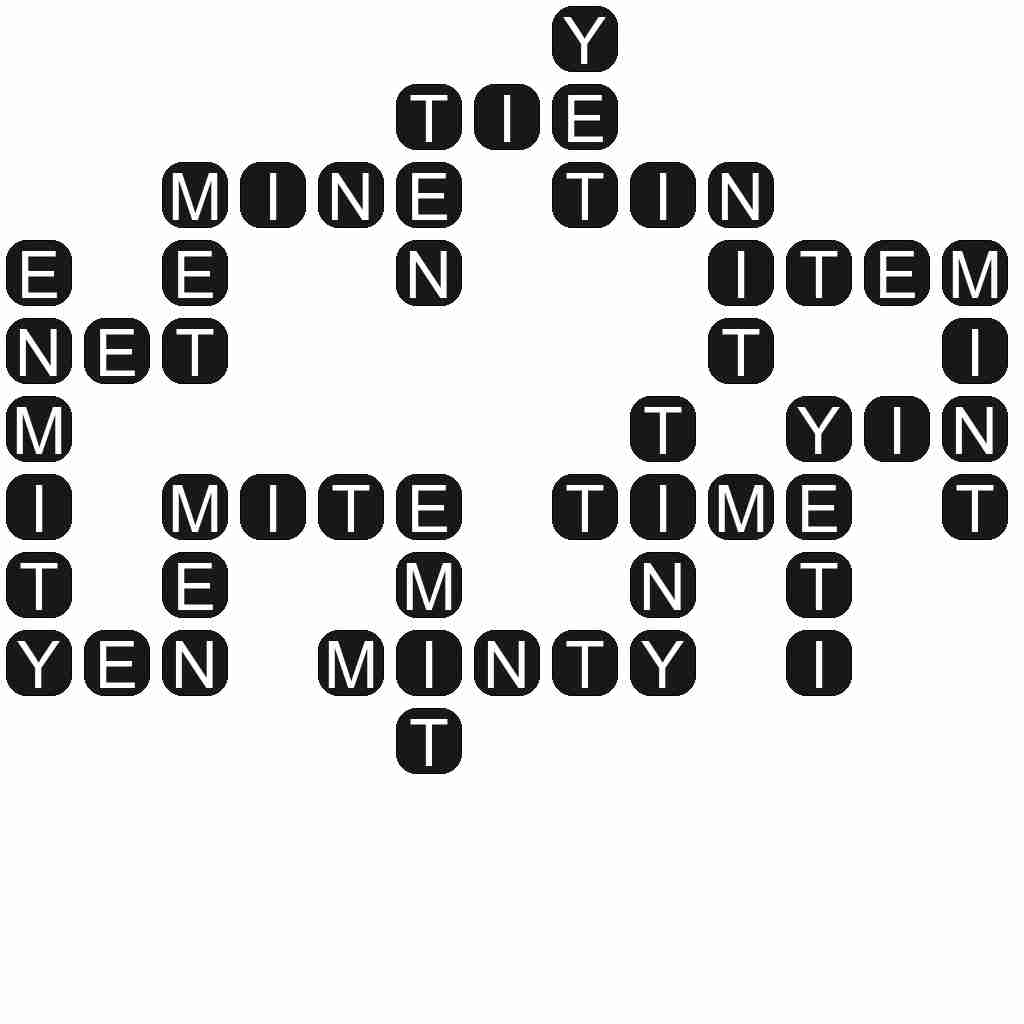 MINE - Non-premodifying possessive case of I. My; belonging to me; that which belongs to me.

TIME - Reminder by the umpire for the players to continue playing after their pause.

EMIT - To send out or give off.

MITE - A minute arachnid, of the order Acarina, of which there are many species; as, the cheese mite, sugar mite, harvest mite, etc.

MINTY - Having a flavour or essence of mint.

ENMITY - The quality of being an enemy; hostile or unfriendly disposition.