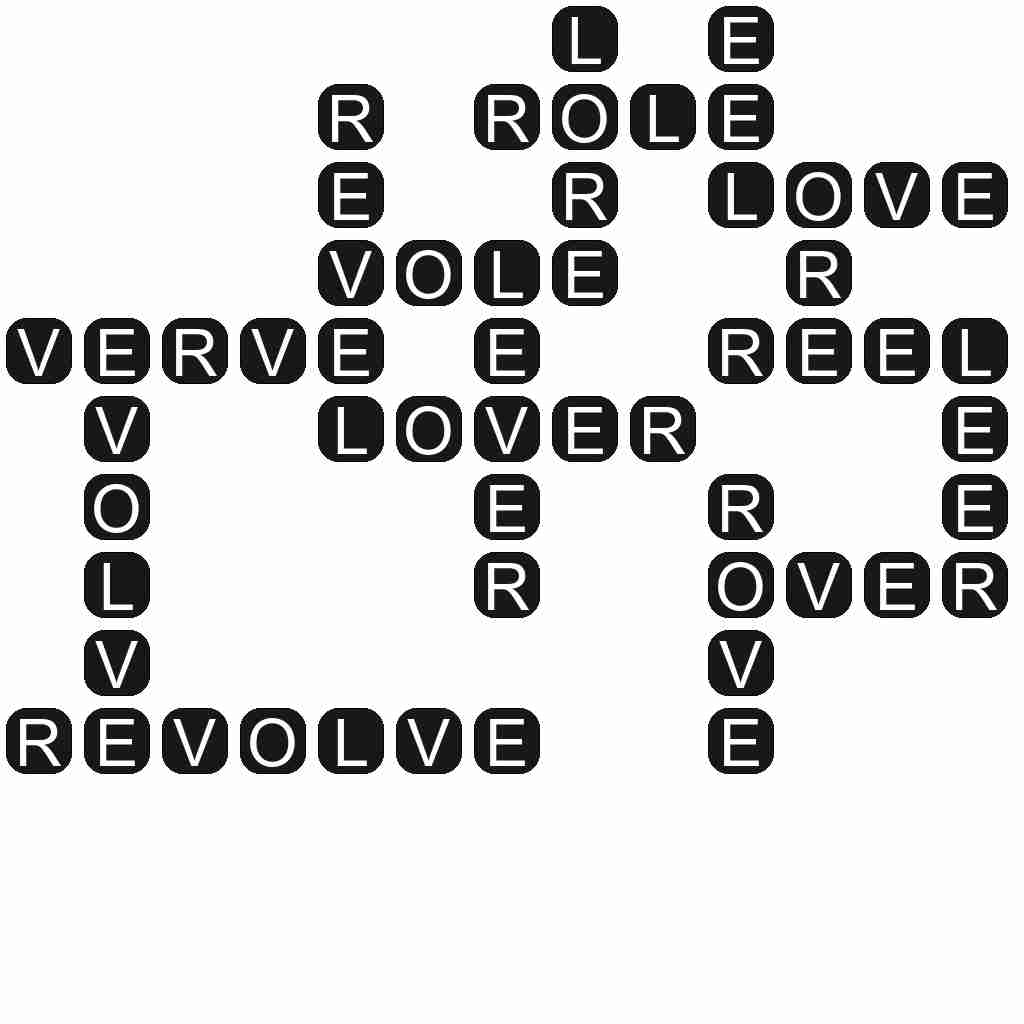 LOVE - An intense feeling of affection and care towards another person.

VOLE - Any of a large number of species of small rodents of the family Cricetidae.

LEVER - A rigid piece which is capable of turning about one point, or axis (the fulcrum), and in which are two or more other points where forces are applied (used for transmitting and modifying force and motion).

LOVER - A person who deeply and strongly loves and cares for another person in a romantic way, a sweetheart, love, soul-mate, boyfriend, or girlfriend.

REVEL - An instance of merrymaking; a celebration.

VERVE - Excitement of imagination such as that which animates a poet, artist, or musician, in composing or performing.

EVOLVE - To move in regular procession through a system.

REVOLVE - To orbit a central point.