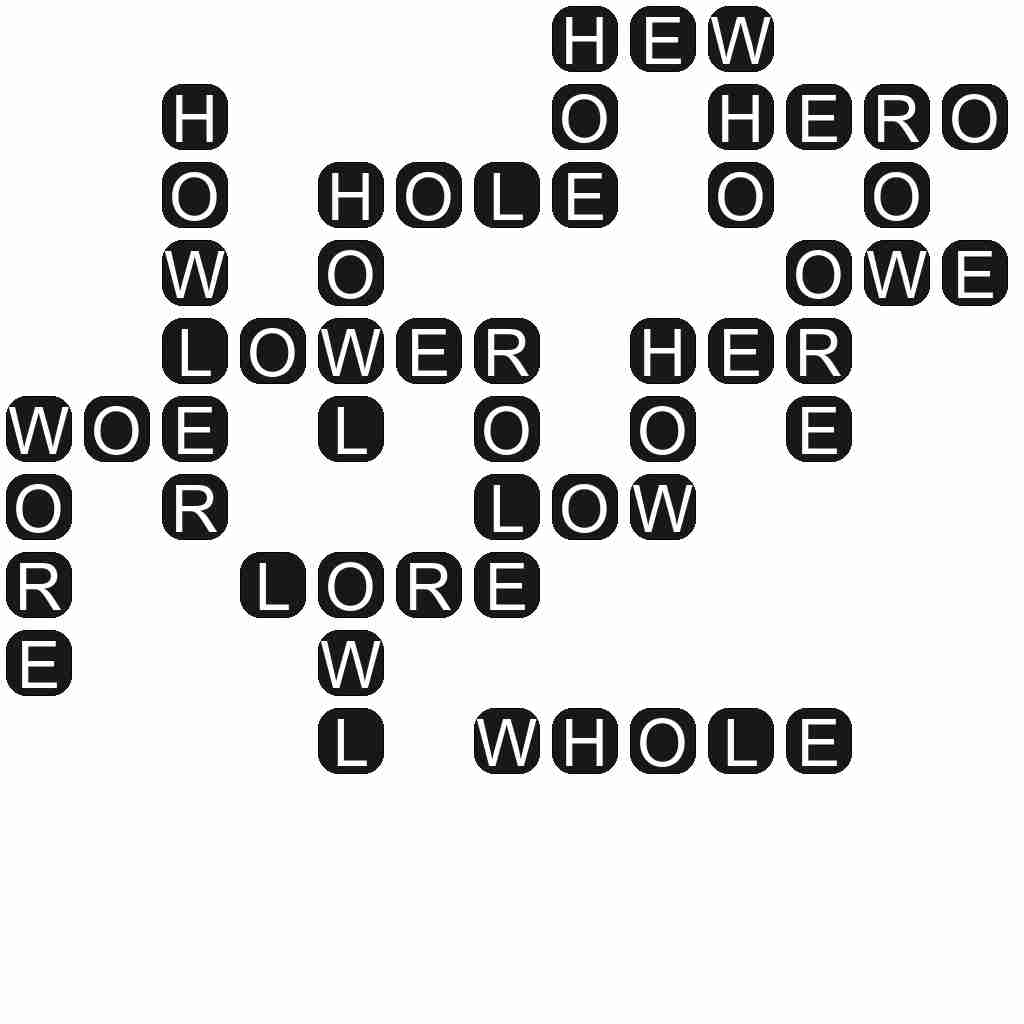 HERO - A real or mythical person of great bravery who carries out extraordinary deeds.

HOLE - A hollow spot in a surface.

HOWL - The protracted, mournful cry of a dog or a wolf, or other like sound.

WORE - Simple past of wear.