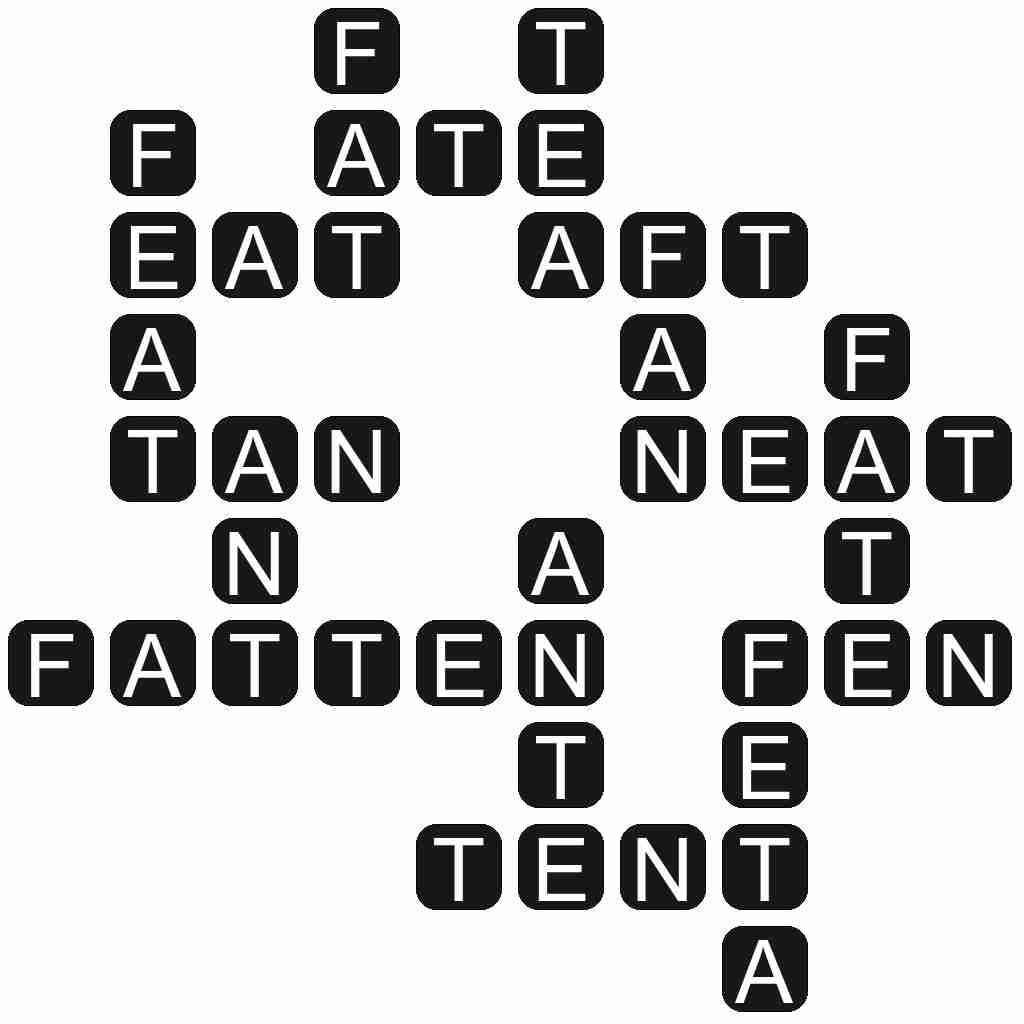 FATE - The cause, force, principle, or divine will that predetermines events.

FETA - A variety of curd cheese made from sheep's or goat's milk and originating from Greece.