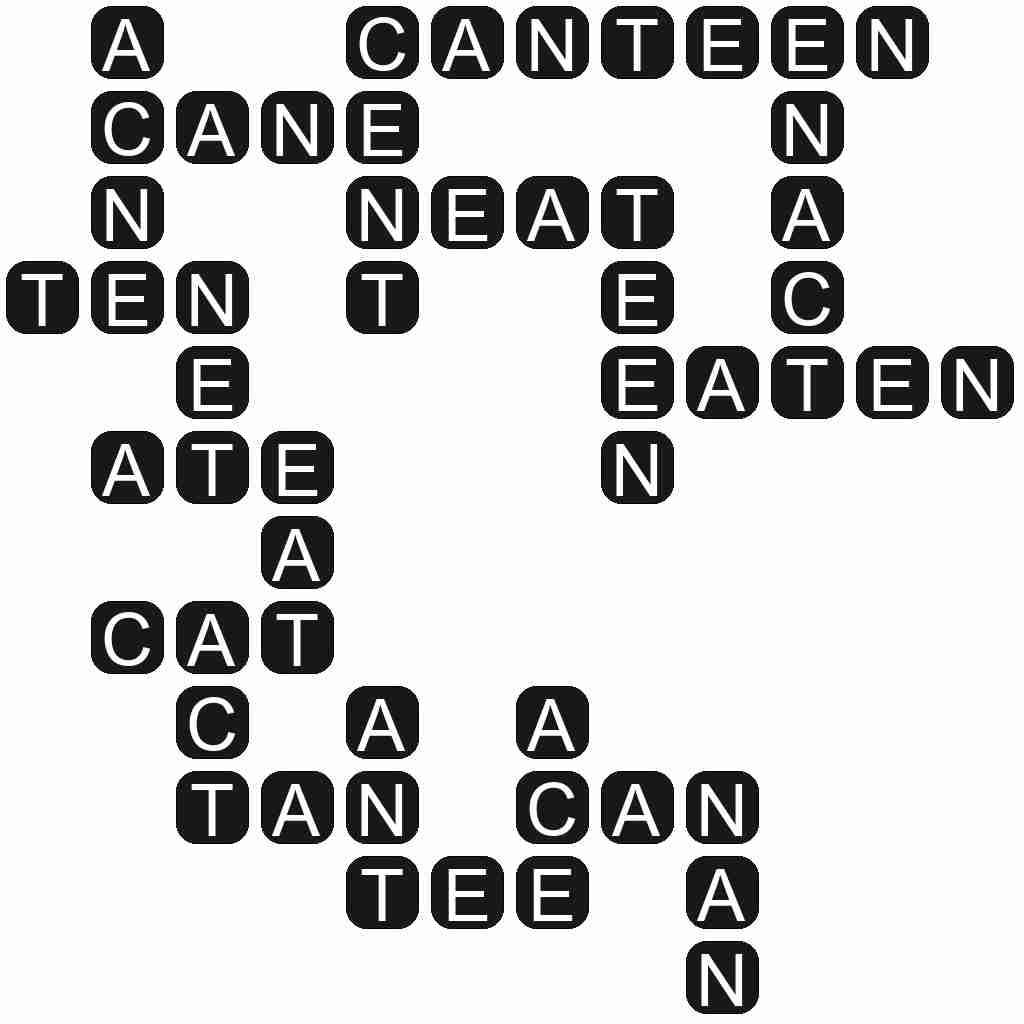 EATEN - Past participle of eat.

CANTEEN - A small cafeteria or snack bar, especially one in a military establishment, school, or place of work.