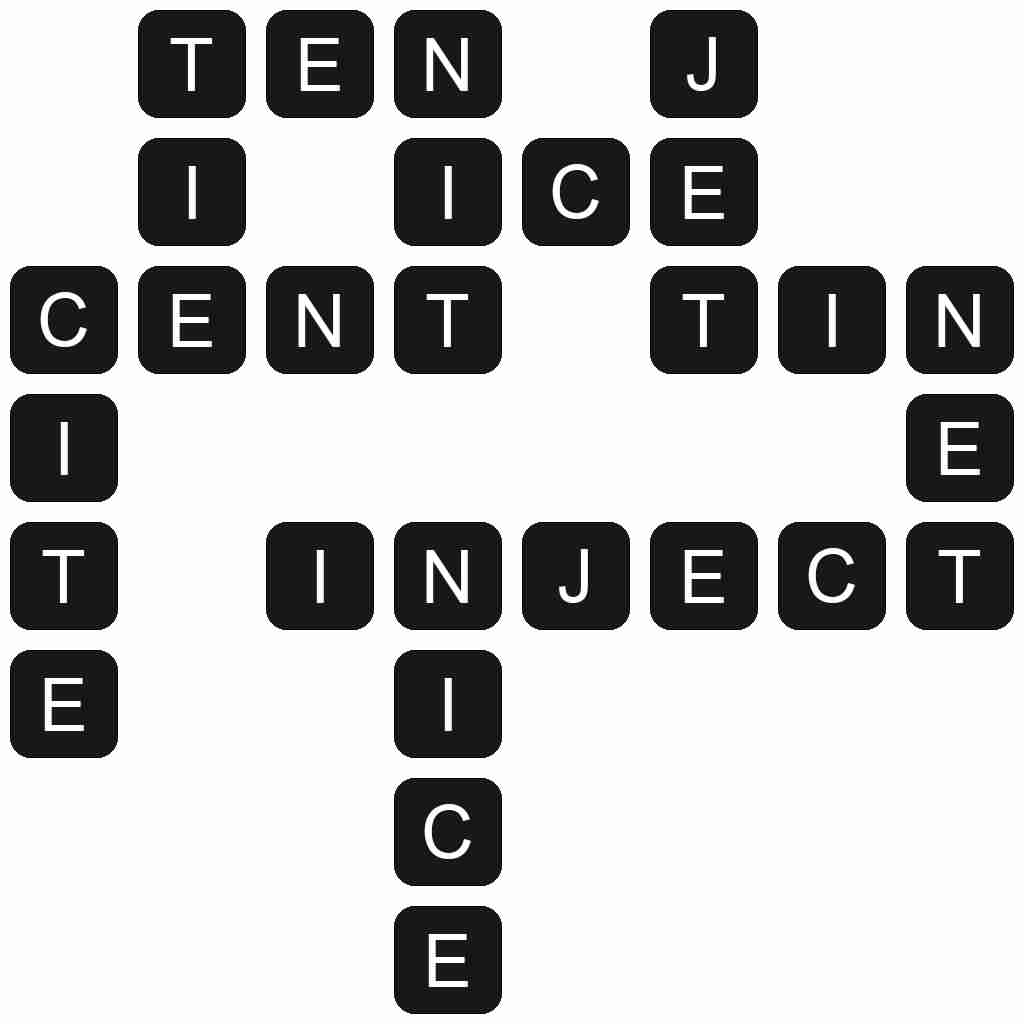 JET - A collimated stream, spurt or flow of liquid or gas from a pressurized container, an engine, etc.

INJECT - To cast or throw; used with on.