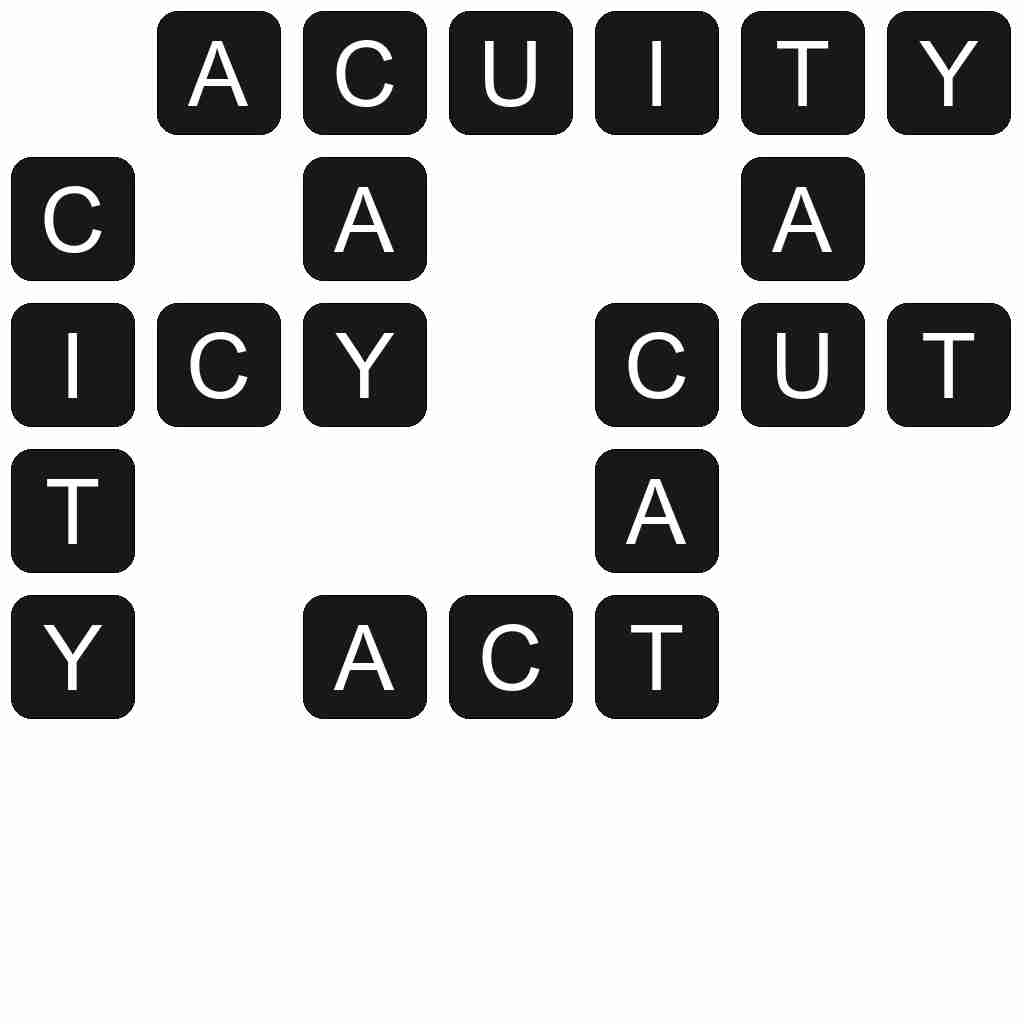 CITY - A large settlement, bigger than a town.

ACUITY - Sharpness or acuteness, as of a needle, wit, etc.