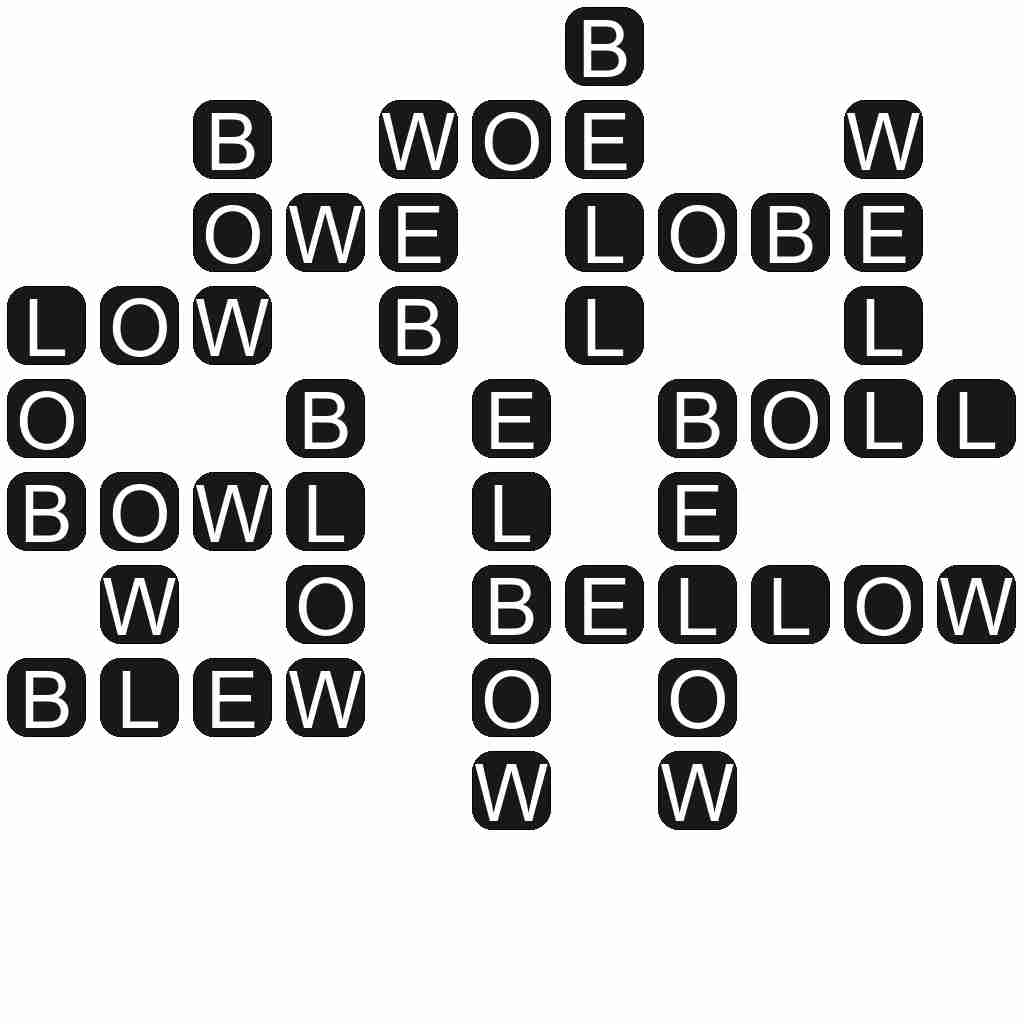 BOW - A weapon made of a curved piece of wood or other flexible material whose ends are connected by a string, used for shooting arrows.

BLEW - Simple past of blow.

BLOW - To produce an air current.

BOWL - A roughly hemispherical container used to hold, mix or present food, such as salad, fruit or soup, or other items.

BELOW - Lower in spatial position than.

ELBOW - The joint between the upper arm and the forearm.

BELLOW - The deep roar of a large animal, or any similar loud noise.