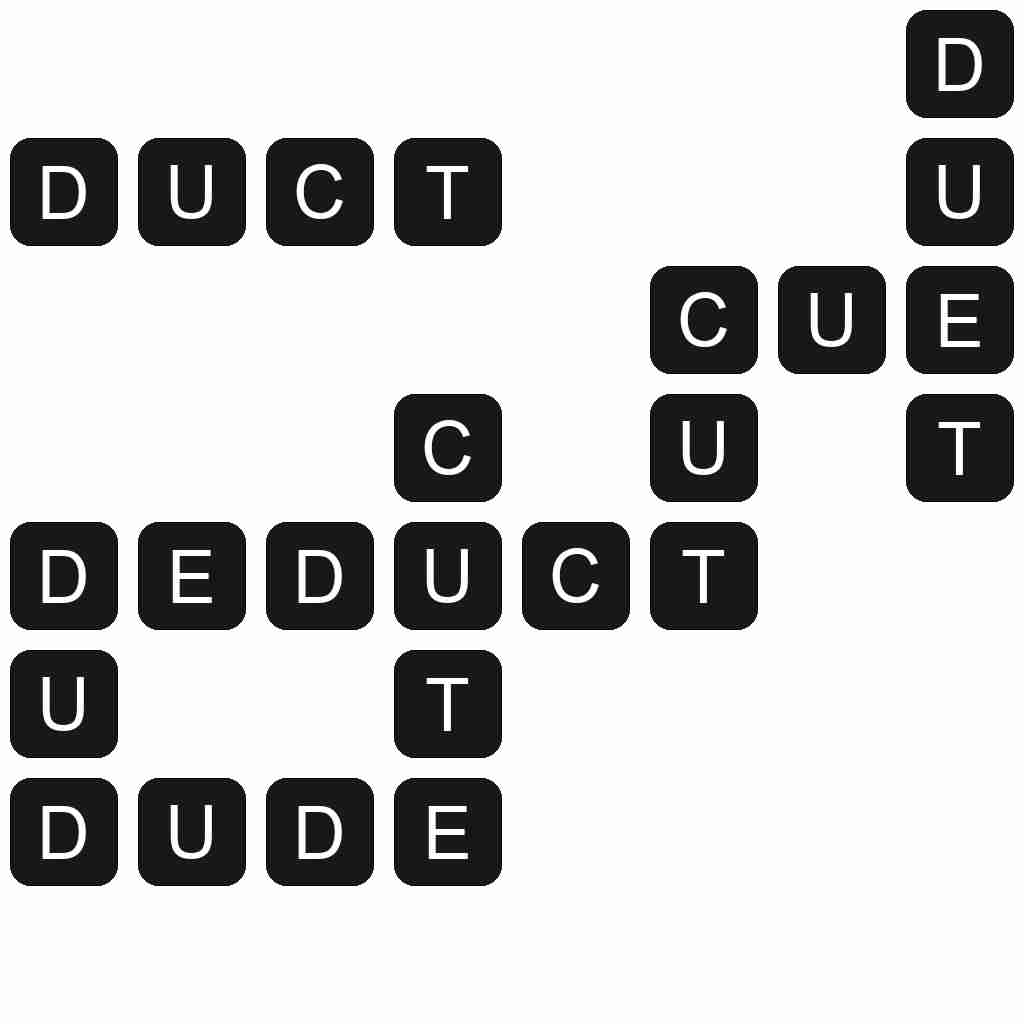 DUCT - A pipe, tube or canal which carries air or liquid from one place to another.

DEDUCT - To take one thing from another; remove from; make smaller by some amount.