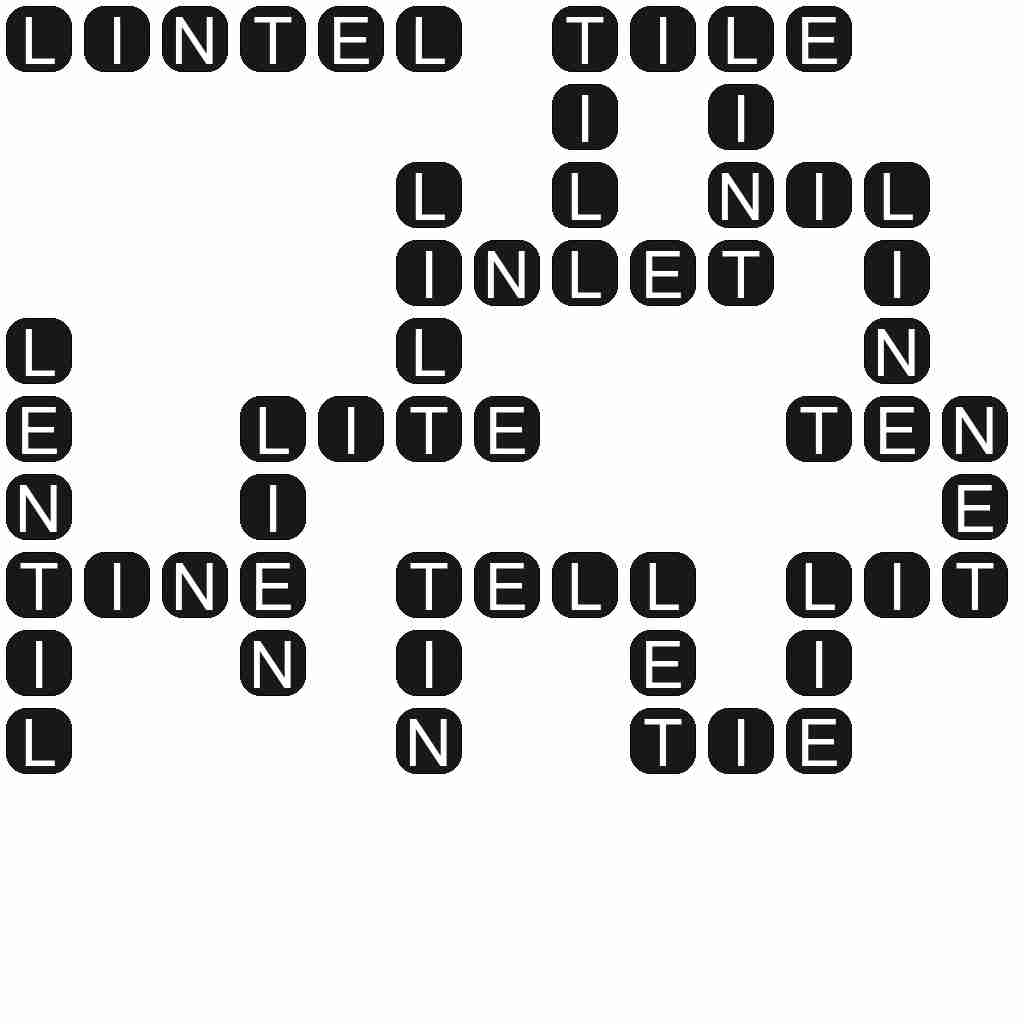 LINE - A path through two or more points (compare 'segment'); a continuous mark, including as made by a pen; any path, curved or straight.

LILT - To do something rhythmically, with animation and quickness, usually of music.

LINT - A fine material made by scraping cotton or linen cloth; used for dressing wounds.

LENTIL - Any of several plants of the genus Lens, especially Lens culinaris, from southwest Asia, that have edible, lens-shaped seeds within flattened pods.

LINTEL - A horizontal structural beam spanning an opening, such as between the uprights of a door or a window, and which supports the wall above.