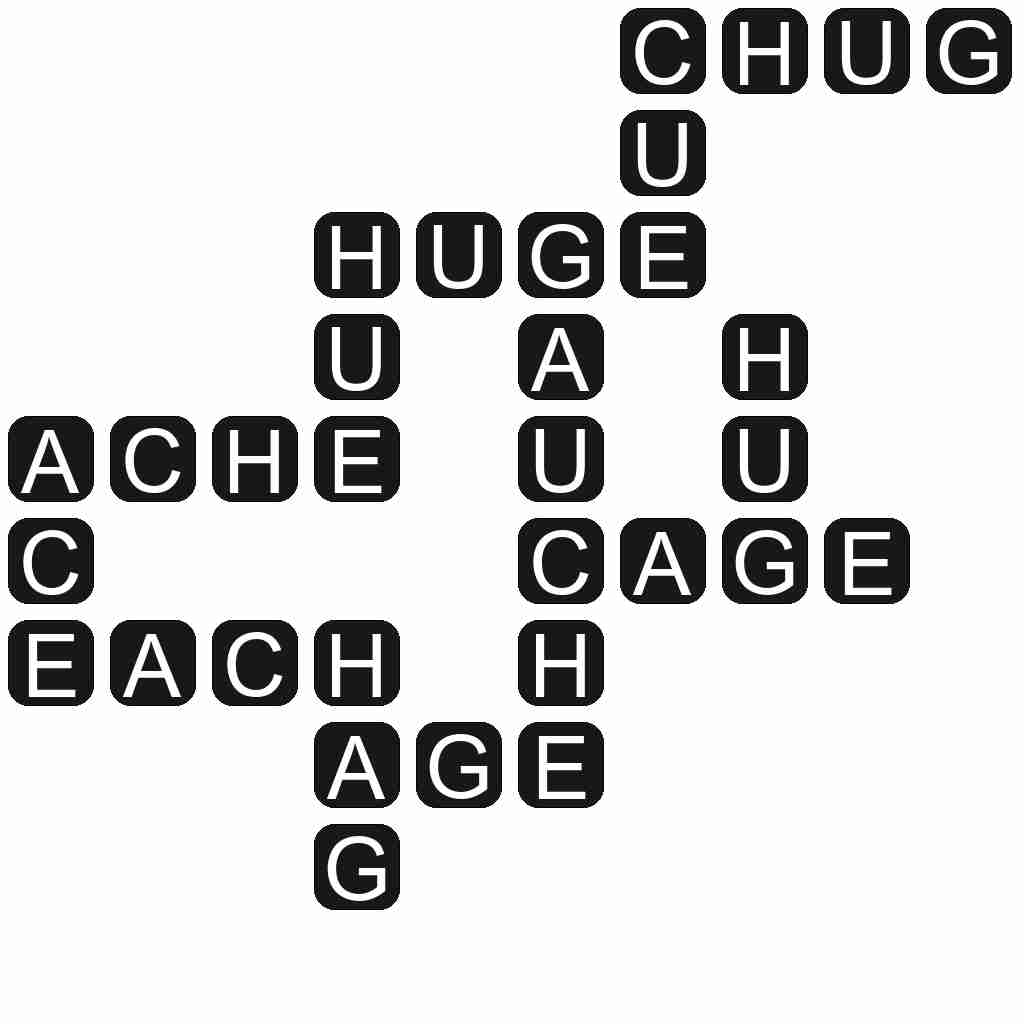 CAGE - An enclosure made of bars, normally to hold animals.

CHUG - A dull, fairly quick explosive or percussive sound, as if made by a labouring engine.