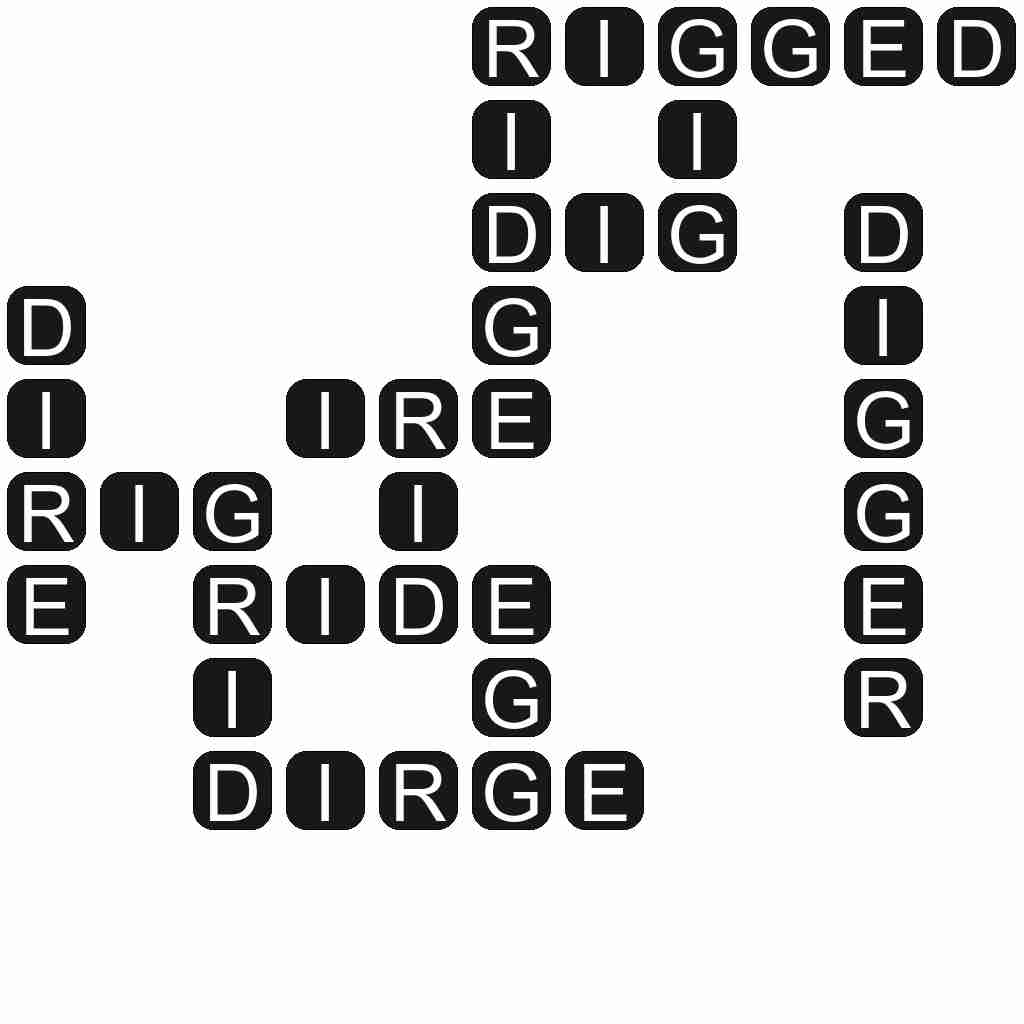 RIGGED - Pre-arranged and fixed so that the winner is decided before the competition.

DIGGER - A large piece of machinery that digs holes or trenches; an excavator.