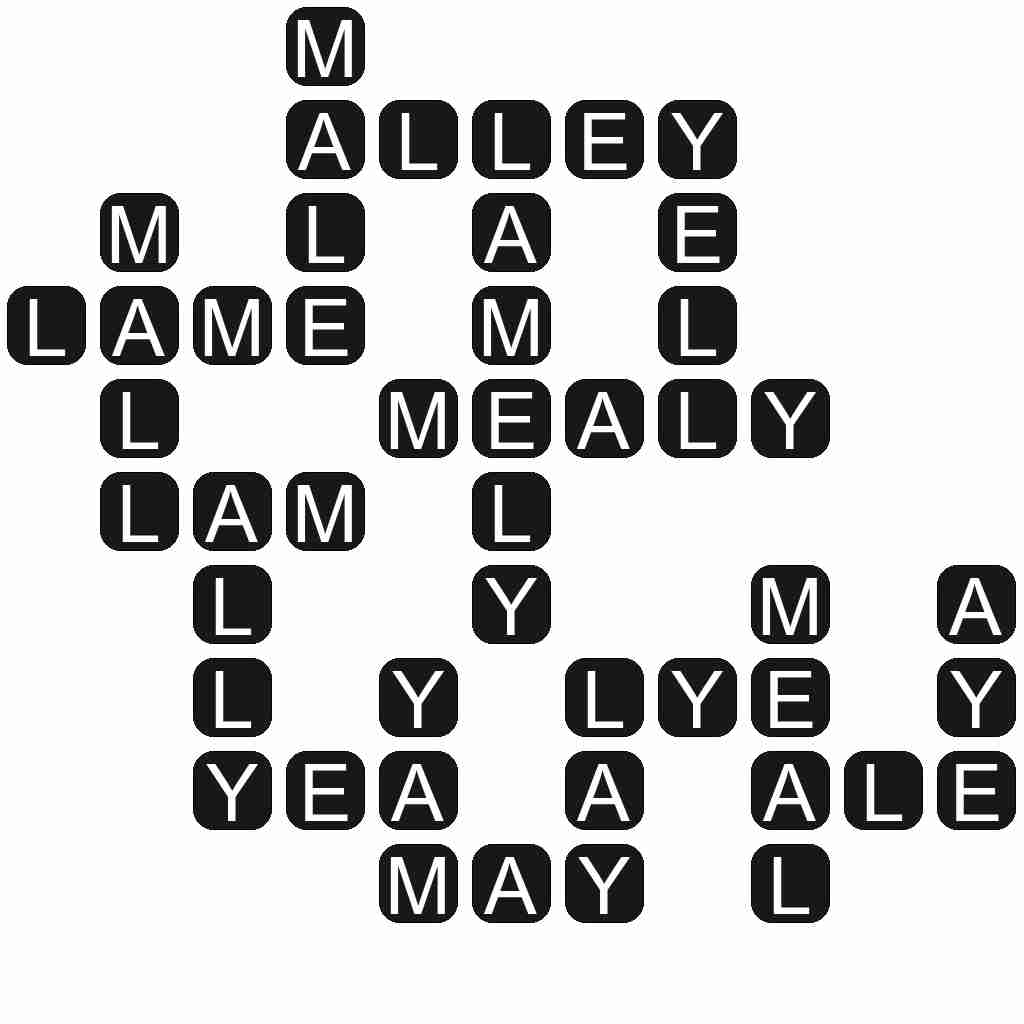 MALL - A large heavy wooden beetle; a mallet for driving anything with force; a maul.

MEALY - Describing a substance, especially a dry foodstuff such as grain, that resembles meal.

LAMELY - In the manner of one who is lame.