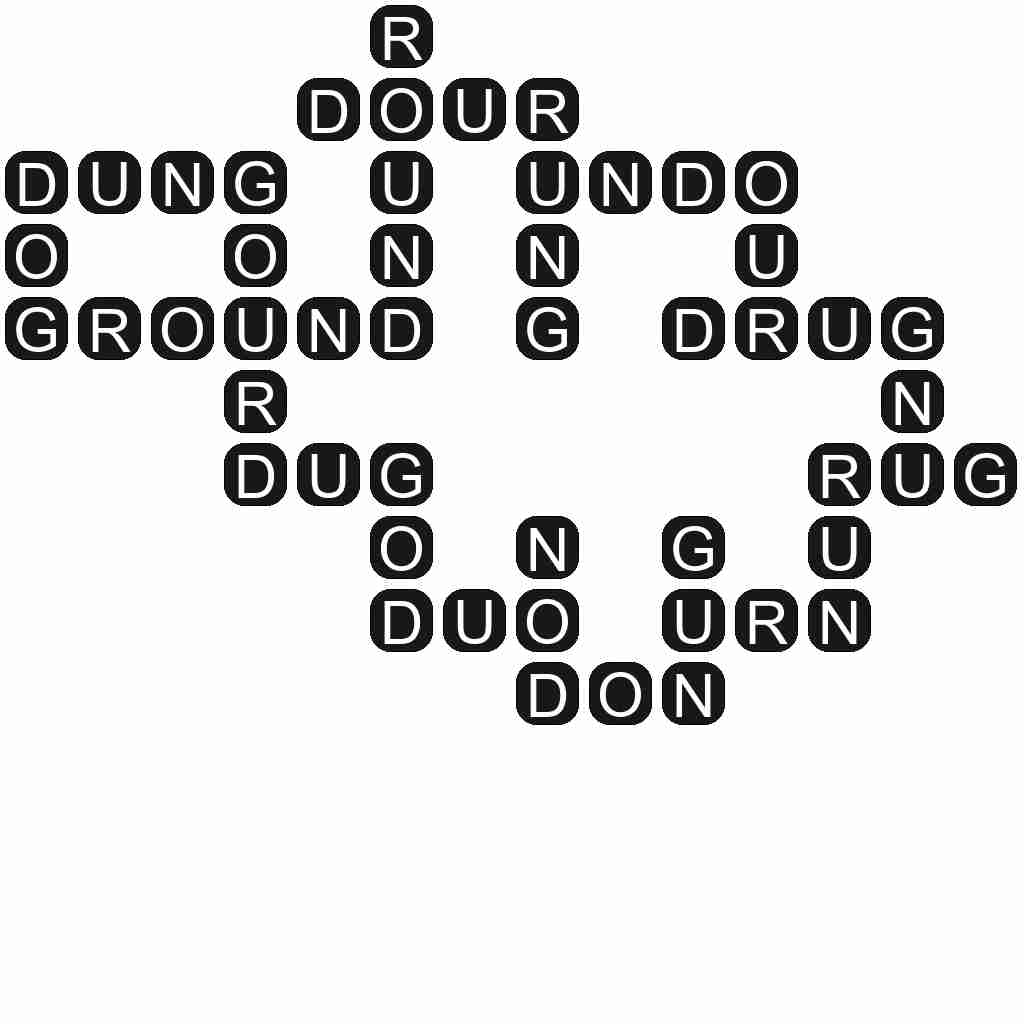 UNDO - To reverse the effects of an action.

ROUND - Circular or cylindrical; having a circular cross-section in one direction.

GOURD - Any of the climbing or trailing plants from the family Cucurbitaceae, which includes watermelon, pumpkins and cucumbers.

GROUND - The surface of the Earth, as opposed to the sky or water or underground.