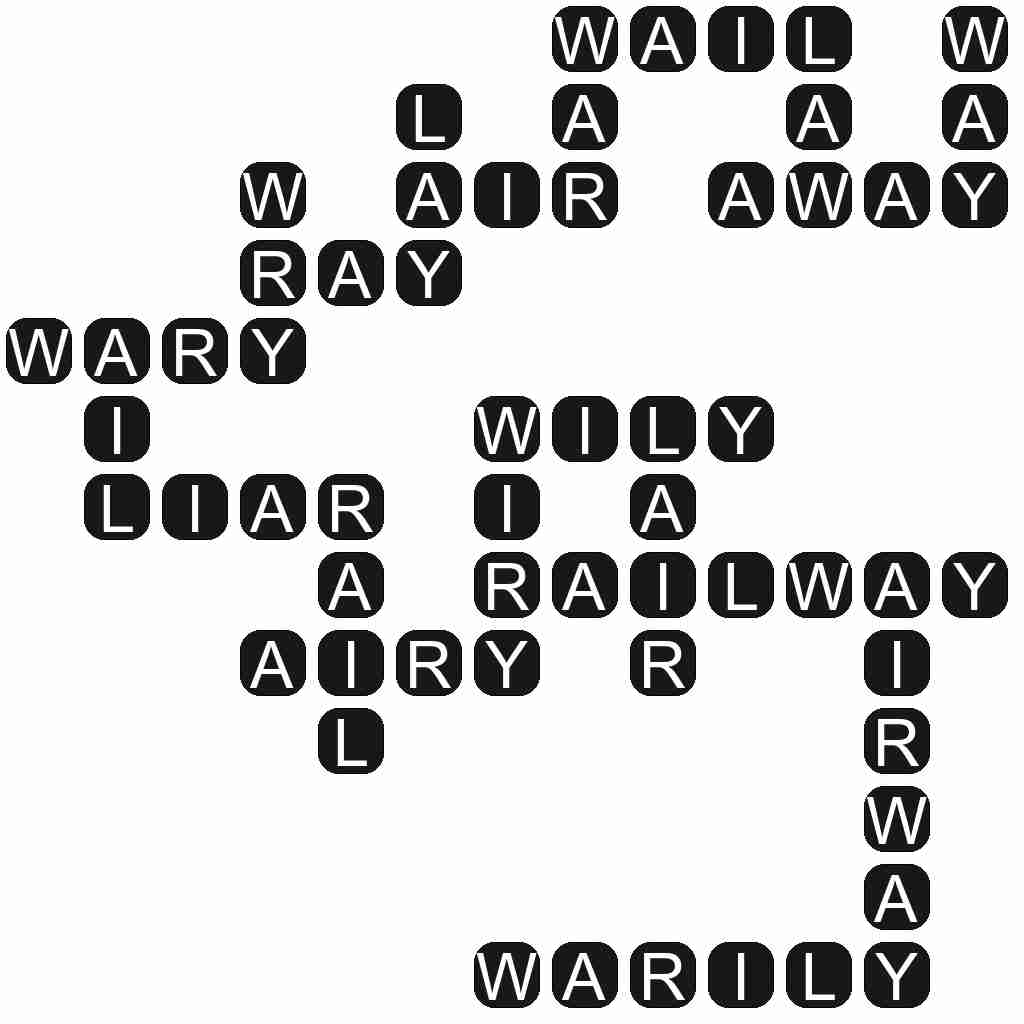 WAIL - A prolonged cry, usually high-pitched, especially as of grief or anguish.

WARILY - In a wary manner.

RAILWAY - A track, consisting of parallel rails, over which wheeled vehicles may travel.