The words included in this word game are:
NOR, NOT, OUR, OUT, ROT, RUT, TON, TOT, TOUR, TURN, RUNT, TORT, UNTO, TOUT, TROT, TUTU, TROUT, TUTOR, OUTRUN, TURNOUT. 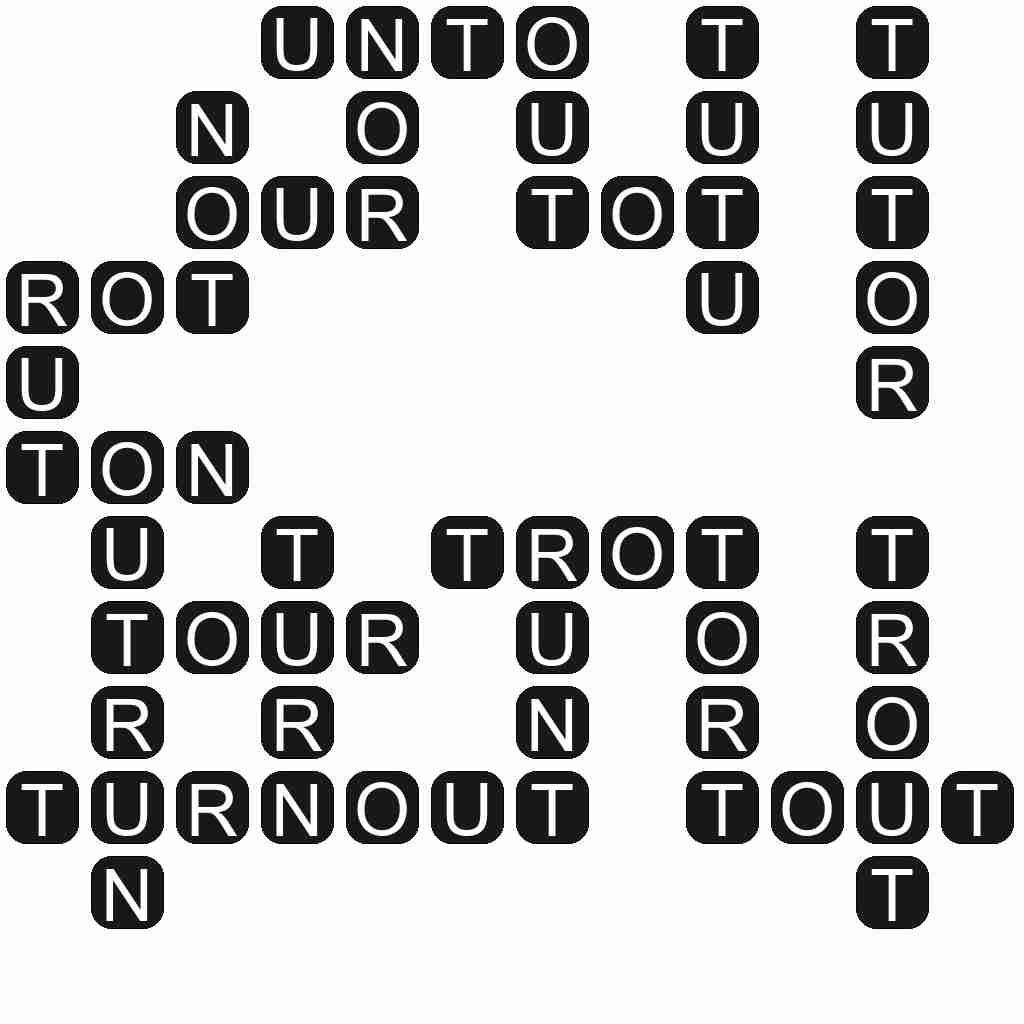 TOUR - A journey through a particular building, estate, country, etc.

TOUT - Someone advertising for customers in an aggressive way.

TROT - A gait of a four-legged animal between walk and canter, a diagonal gait (in which diagonally opposite pairs of legs move together).

TUTU - A ballet skirt made of layered stiff but light netting.

TROUT - Any of several species of fish in Salmonidae, closely related to salmon, and distinguished by spawning more than once.

TUTOR - One who teaches another (usually called a student, learner, or tutee) in a one-on-one or small-group interaction.

OUTRUN - To run faster than the others.