Home » Wordscapes answers for all levels » 5188 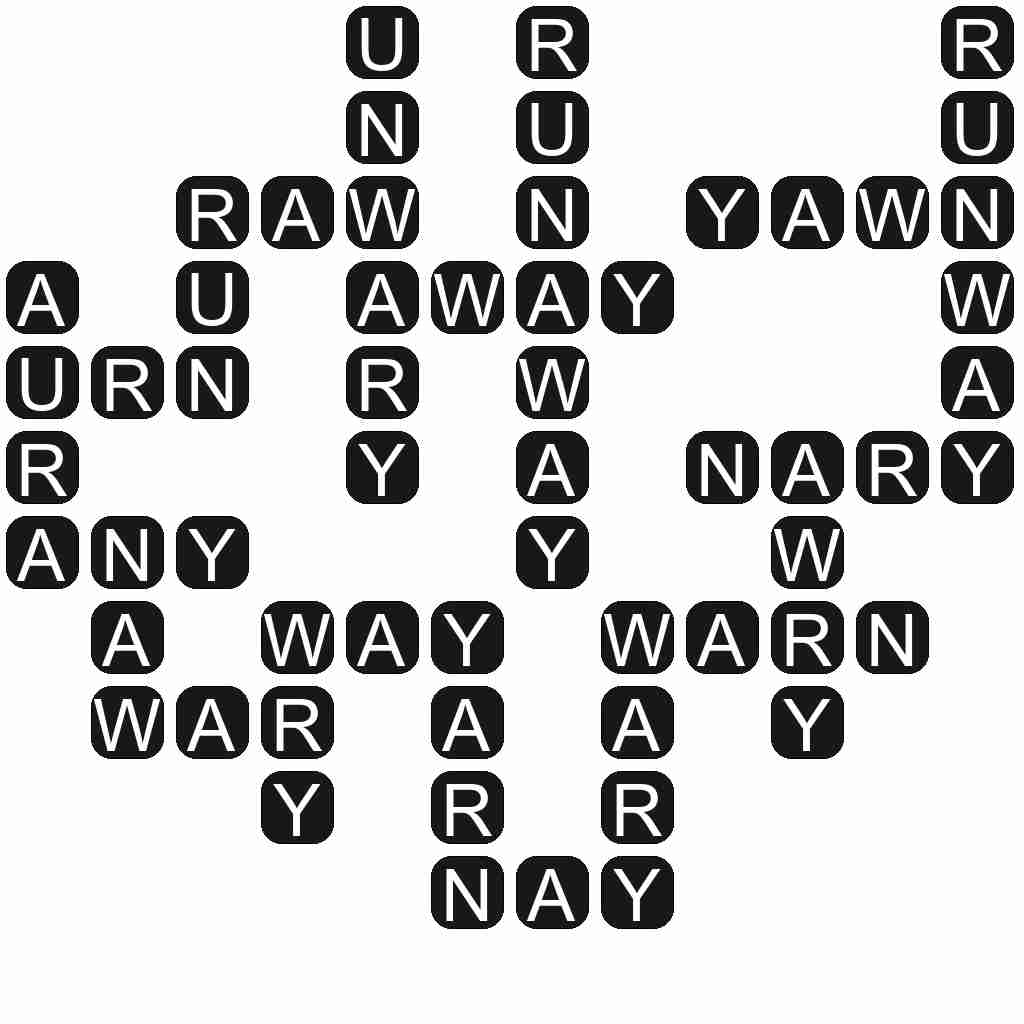 YARN - A twisted strand of fiber used for knitting or weaving.

AURA - Distinctive atmosphere or quality associated with something.

YAWN - To open the mouth widely and take a long, rather deep breath, often because one is tired and sometimes accompanied by pandiculation.

RUNWAY - An airstrip, a (usually) paved section on which planes land or take off.

UNWARY - Lacking caution as a result of naïveté or inexperience.

RUNAWAY - A person or animal that runs away or has run away; a person, animal, or organization that escapes limitations.