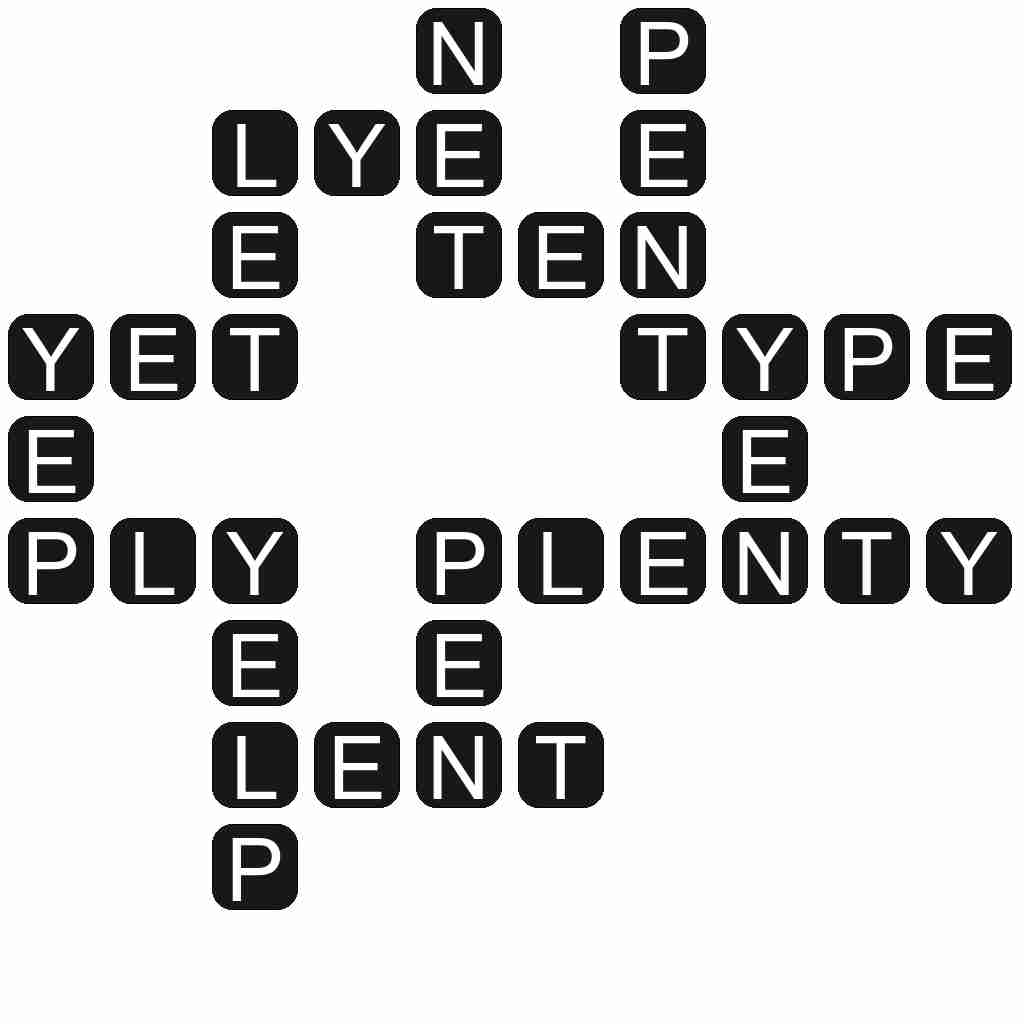 TYPE - A grouping based on shared characteristics; a class.

PLENTY - A more than adequate amount.