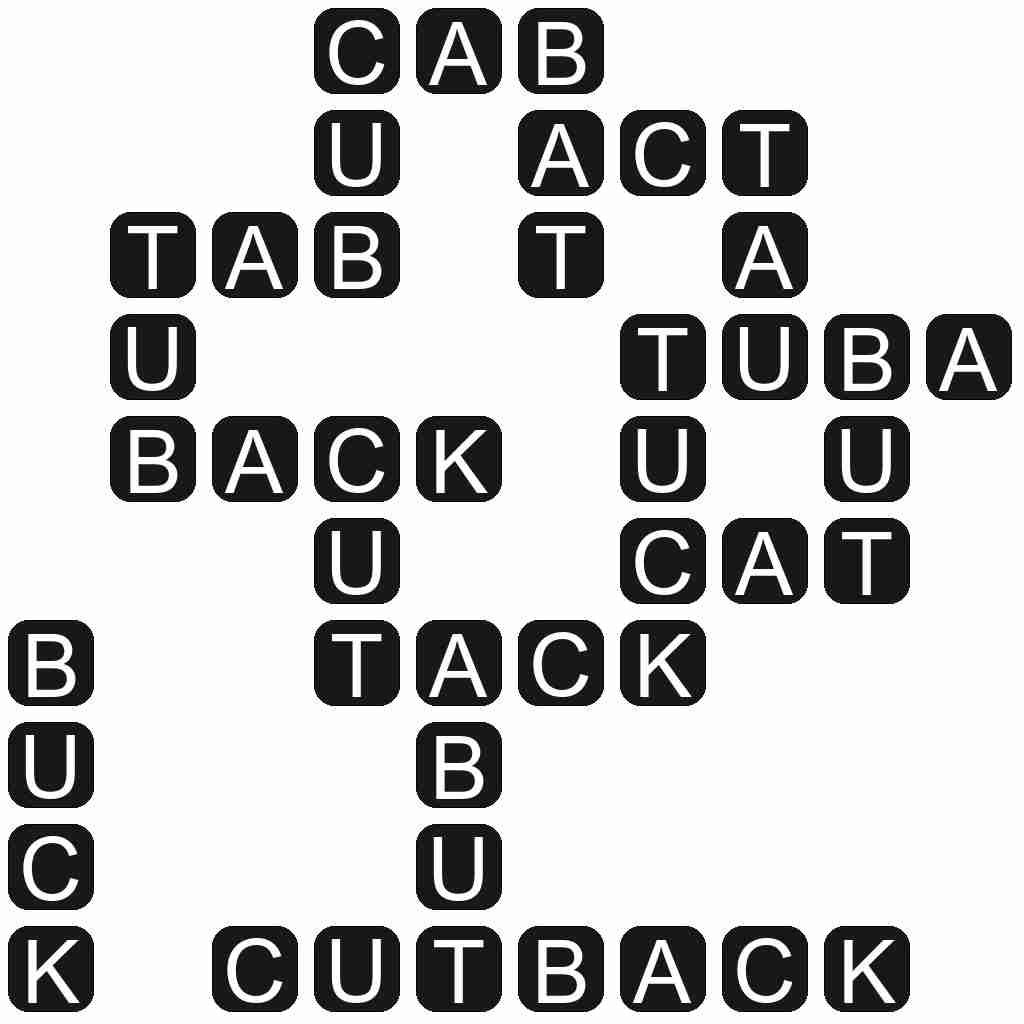 BACK - Near the rear.

BUCK - A male deer, antelope, sheep, goat, rabbit, hare, and sometimes the male of other animals such as the ferret and shad.

TACK - A small nail with a flat head.

ABUT - To lean against on one end; to end on, of a part of a building or wall.

CUTBACK - A reduction in an existing program of some sort.