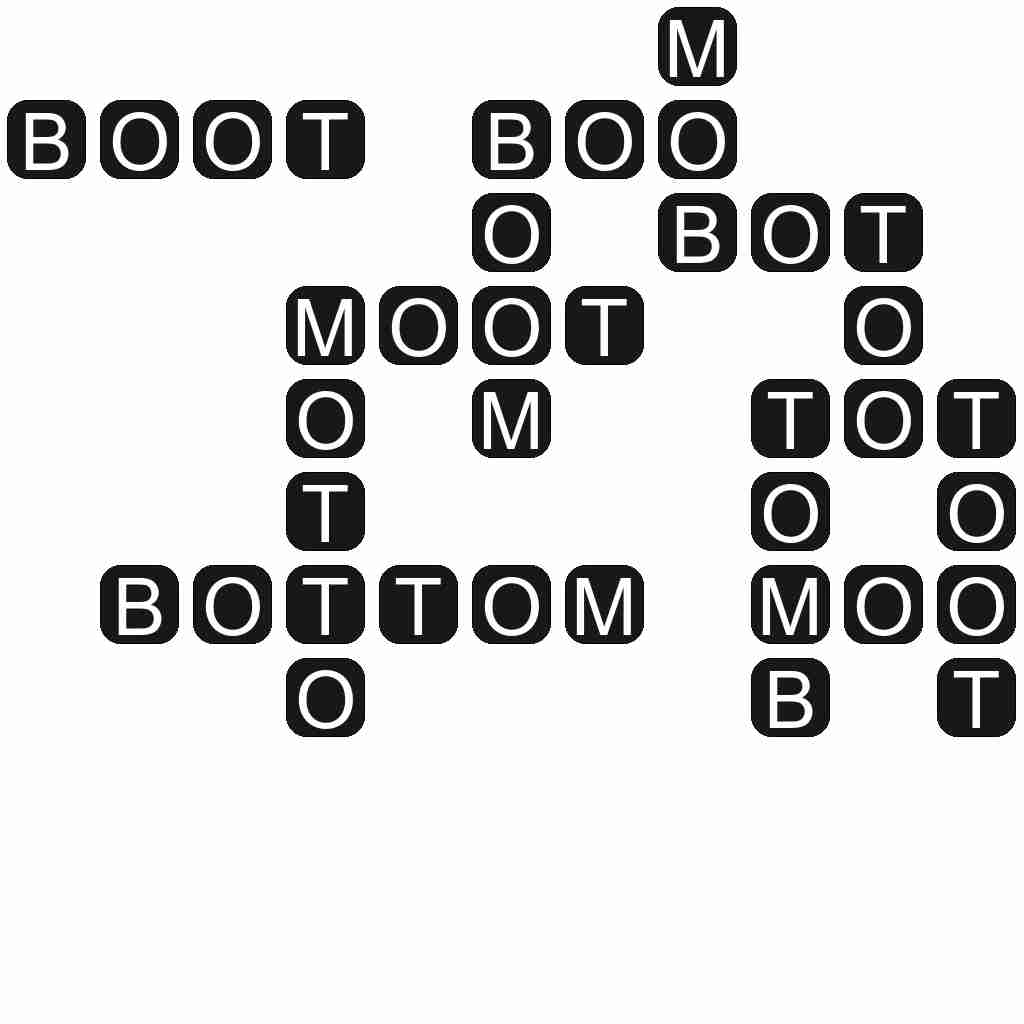 TOMB - A small building (or "vault") for the remains of the dead, with walls, a roof, and (if it is to be used for more than one corpse) a door. It may be partly or wholly in the ground (except for its entrance) in a cemetery, or it may be inside a church proper or in its crypt. Single tombs may be permanently sealed; those for families (or other groups) have doors for access whenever needed.

MOOT - Subject to discussion (originally at a moot); arguable, debatable, unsolved or impossible to solve.

MOTTO - A sentence, phrase, or word, forming part of an heraldic achievement.

BOTTOM - The lowest part from the uppermost part.