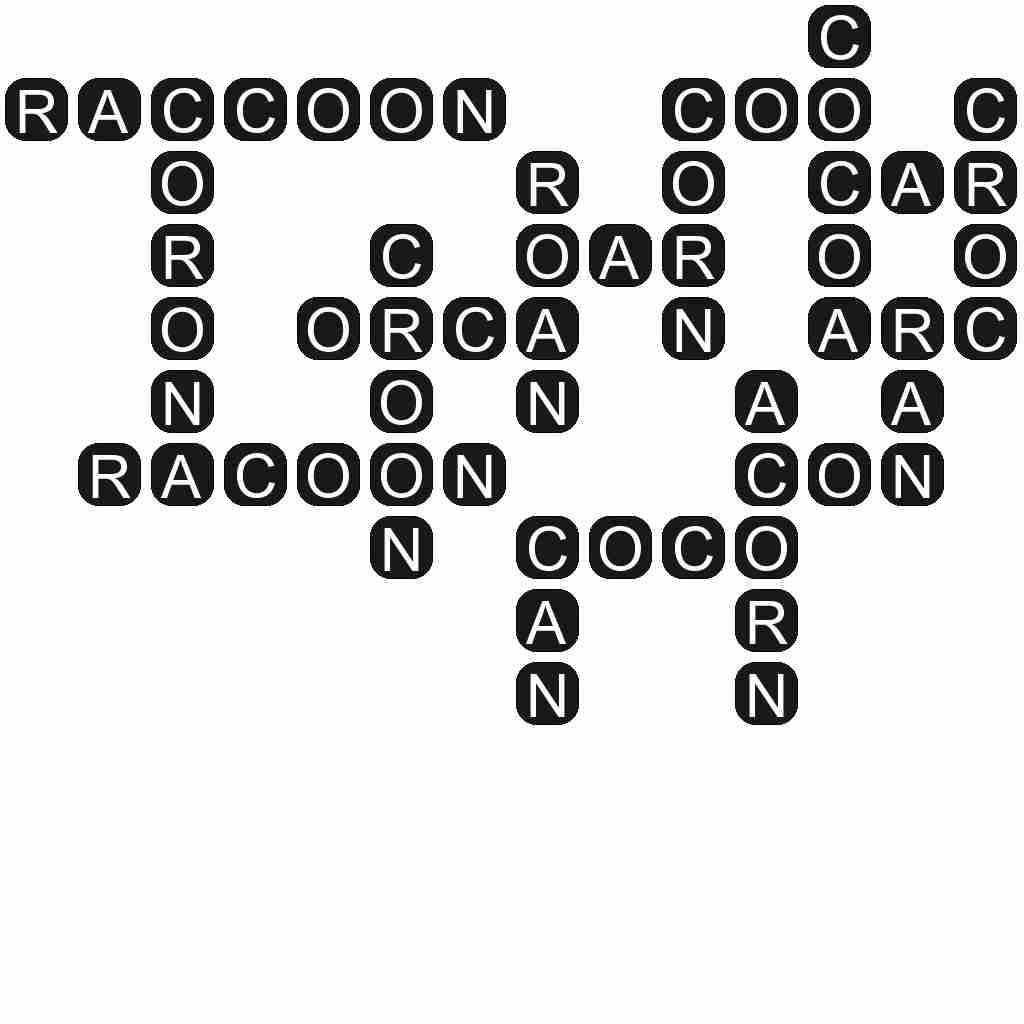 ACORN - The fruit of the oak, being an oval nut growing in a woody cup or cupule.

COCOA - The dried and partially fermented fatty seeds of the cacao tree from which chocolate is made.

CORONA - A crown or garland bestowed among the Romans as a reward for distinguished services.

RACCOON - A nocturnal omnivore originally living in North America, typically with a mixture of gray, brown, and black fur, a mask-like marking around the eyes and a striped tail; Procyon lotor.