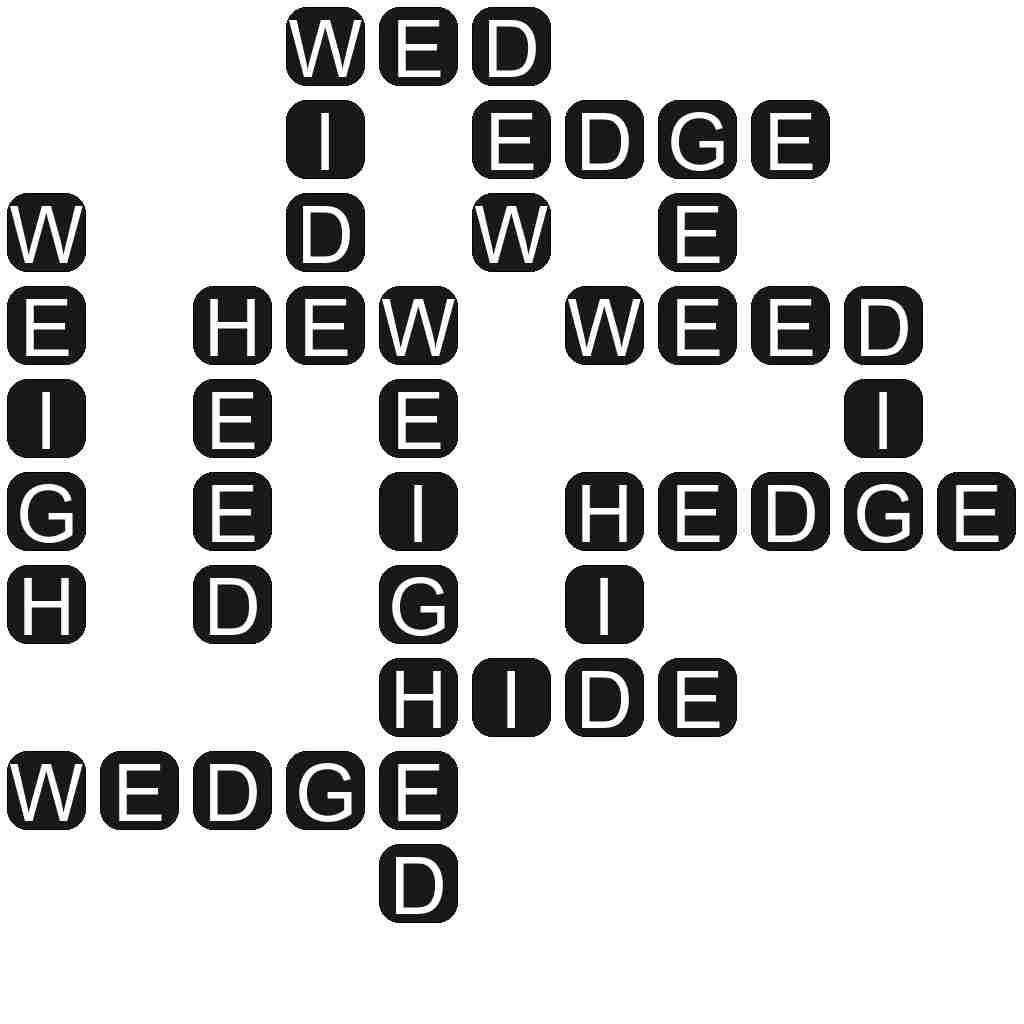 HID - Simple past of hide.

EDGE - The boundary line of a surface.

HIDE - To put (something) in a place where it will be harder to discover or out of sight.

WEIGH - To determine the weight of an object.

WEDGE - One of the simple machines; a piece of material, such as metal or wood, thick at one edge and tapered to a thin edge at the other for insertion in a narrow crevice, used for splitting, tightening, securing, or levering.

WEIGHED - Simple past tense and past participle of weigh.