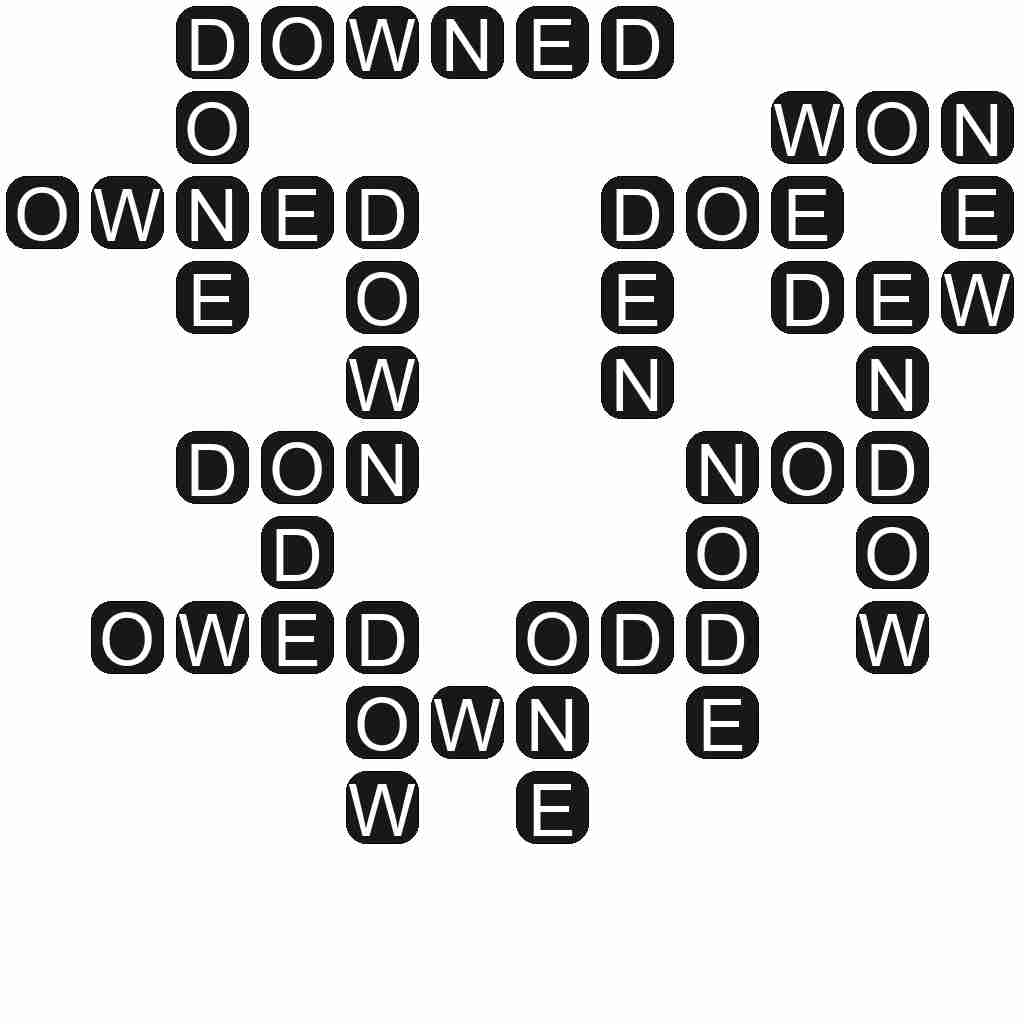 OWED - Simple past tense and past participle of owe.

OWNED - Simple past tense and past participle of own.

ENDOW - To furnish with money or its equivalent, as a permanent fund for support; to make pecuniary provision for; to settle an income upon; especially, to furnish with dower; as, to endow a wife; to endow a public institution.

DOWNED - Simple past tense and past participle of down.