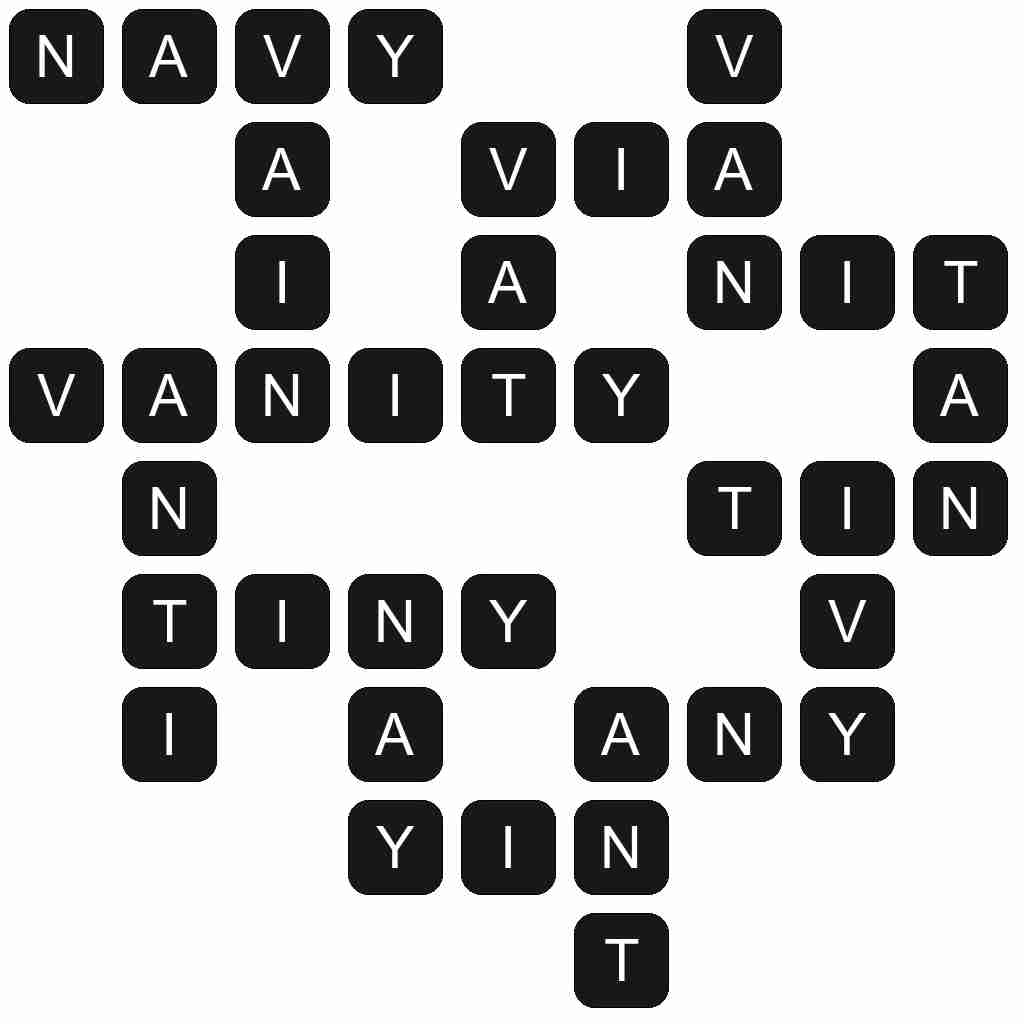 IVY - Any of several woody, climbing, or trailing evergreen plants of the genus Hedera.

VAN - A (covered) vehicle used for carrying goods or people, usually roughly cuboid in shape, longer and higher than a car but smaller than a truck.

NAVY - A country's entire sea force, including ships and personnel.

VAIN - Overly proud of oneself, especially when concerning appearance.

VANITY - That which is vain, futile, or worthless; that which is of no value, use or profit.