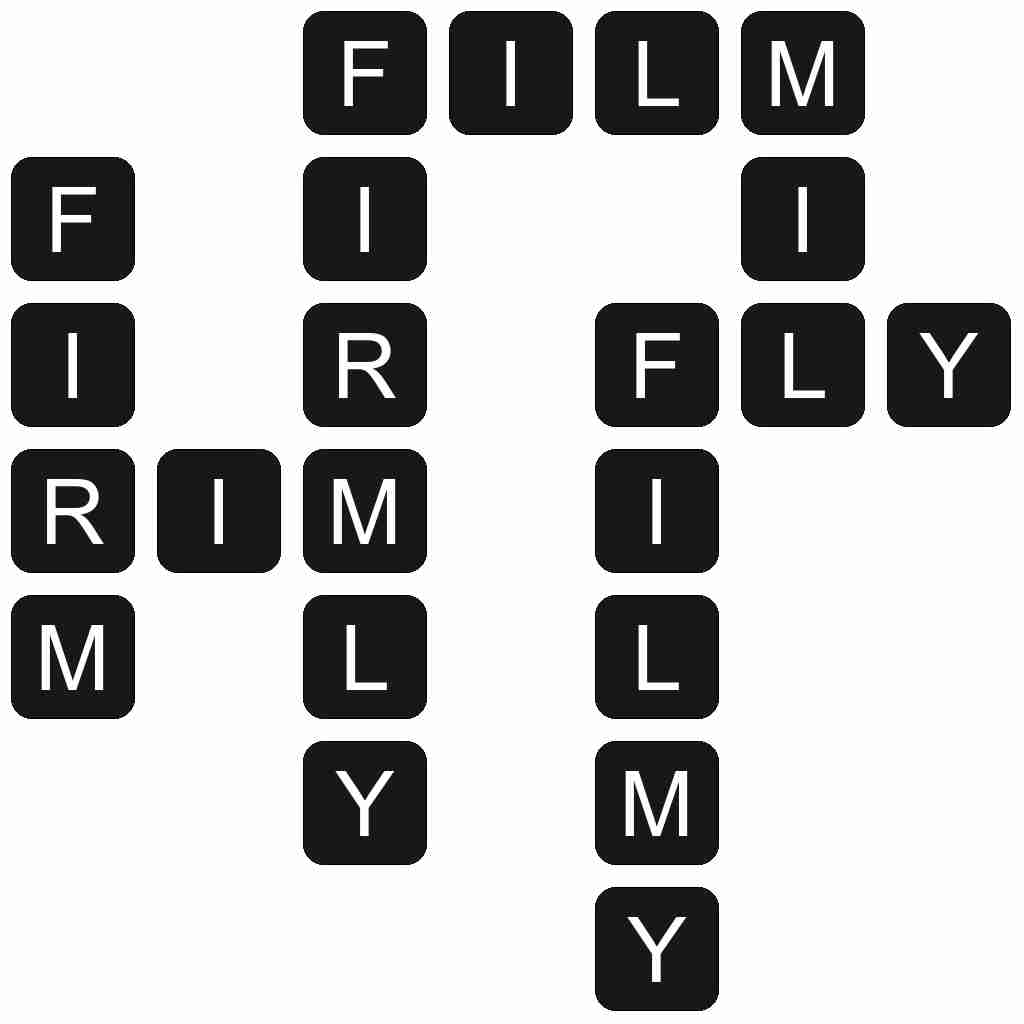 FILM - A thin layer of some substance.

FIRM - A business partnership; the name under which it trades.

FILMY - Resembling or made of a thin film; gauzy.

FIRMLY - In a firm or definite or strong manner.