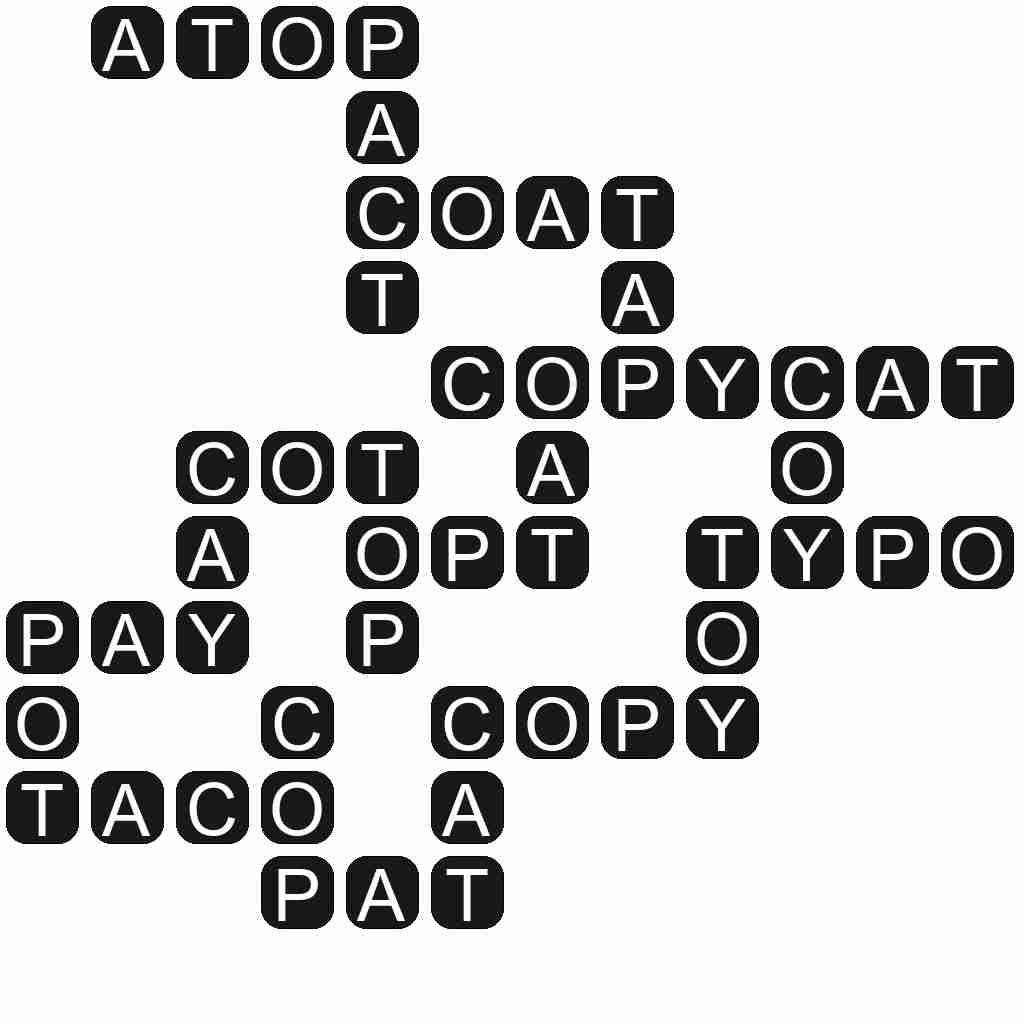 PAY - To give money or other compensation to in exchange for goods or services.

TAP - A tapering cylindrical pin or peg used to stop the vent in a cask; a spigot.

COPY - The result of copying (confer original); an identical duplication.

PACT - An agreement; a compact; a covenant.

TYPO - A compositor; a typographer.

COPYCAT - One who imitates others' work without adding ingenuity.