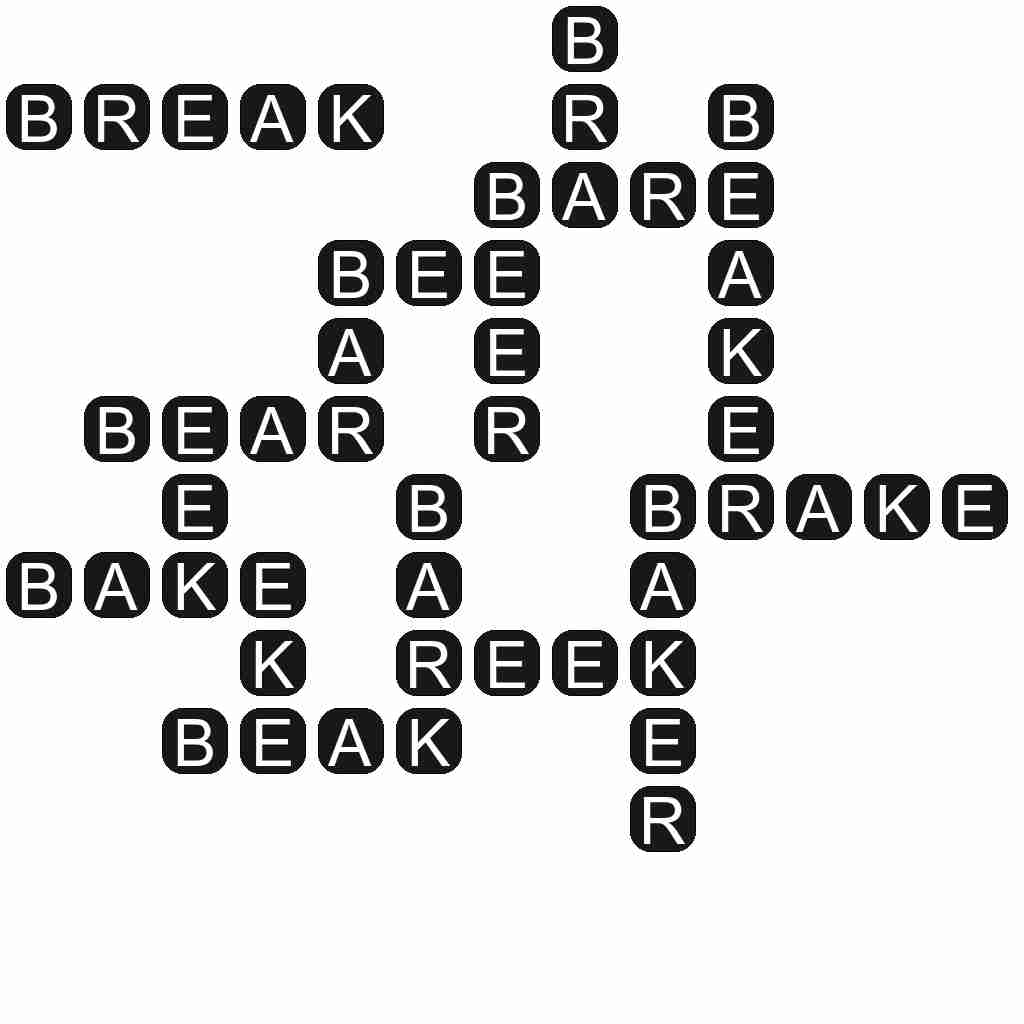 BAKE - To cook (something) in an oven.

BEAK - A rigid structure projecting from the front of a bird's face, used for pecking, grooming and for eating food.

BAKER - A person who bakes and sells bread, cakes and similar items.

BREAK - To separate into two or more pieces, to fracture or crack, by a process that cannot easily be reversed for reassembly.

BRAKE - A type of machine for bending sheet metal.

BEAKER - A flat-bottomed vessel, with a lip, used as a laboratory container.