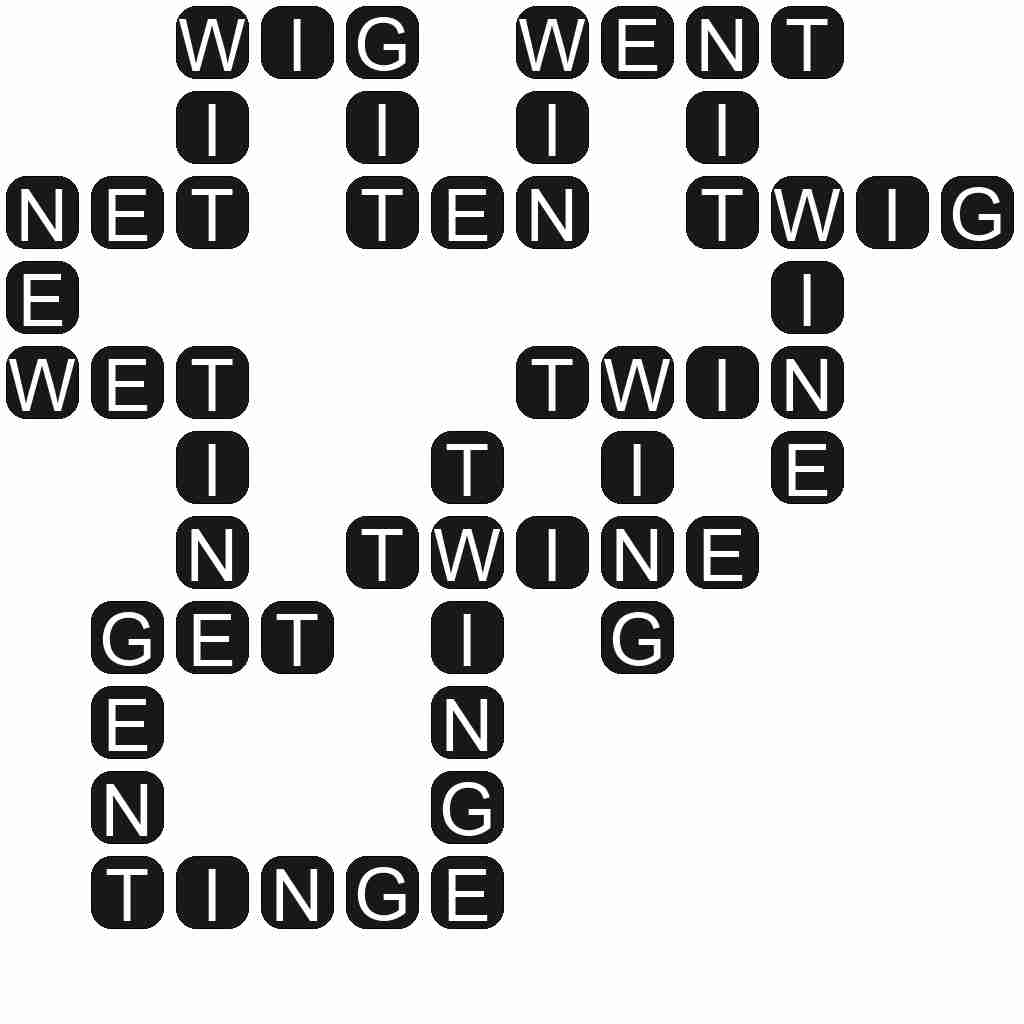 TWIG - A small thin branch of a tree or bush.

TWIN - Either of two people (or, less commonly, animals) who shared the same uterus at the same time; one who was born at the same birth as a sibling.

WENT - Simple past of go.

WINE - An alcoholic beverage made by fermenting juice of grapes.

TWINE - A twist; a convolution.

TINGE - A small amount of something, especially of an added color.