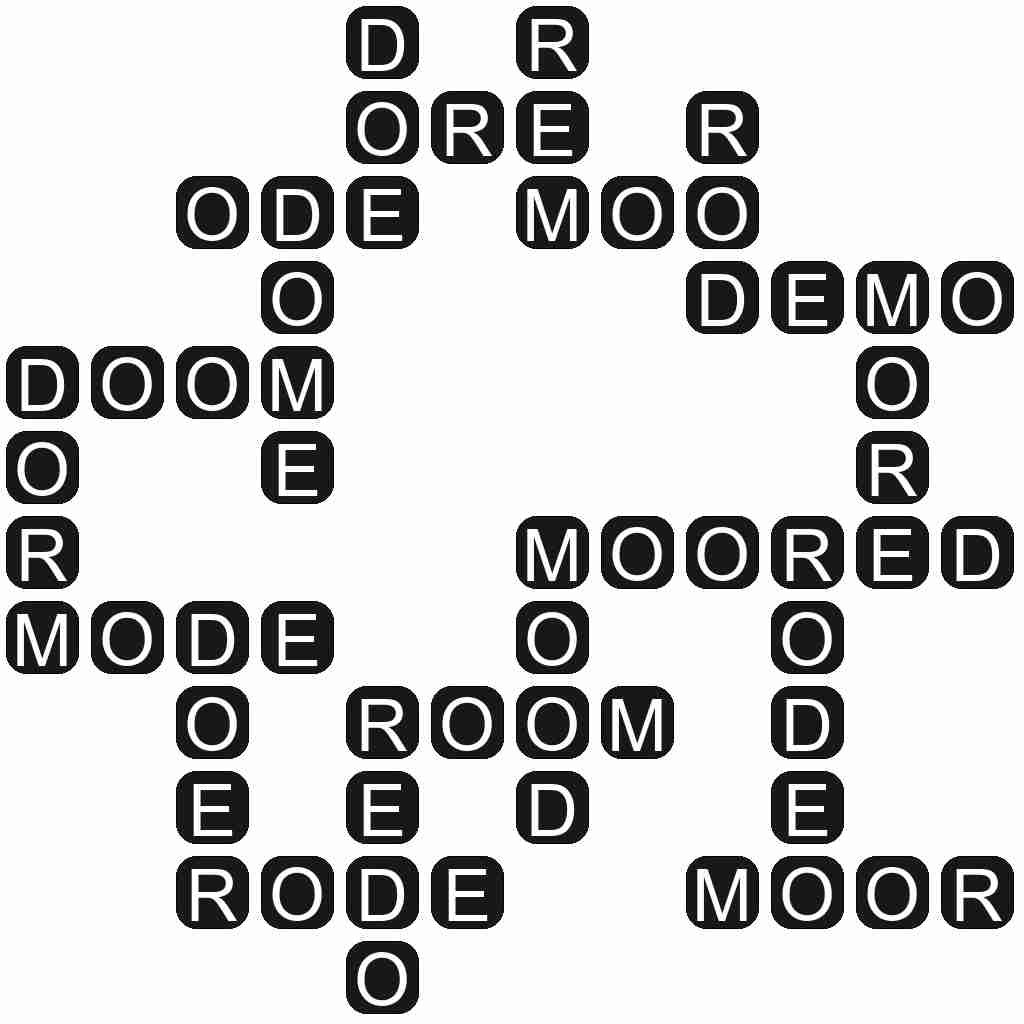 MORE - Comparative form of many: in greater number. (Used for a discrete quantity.).

MOOR - An extensive waste covered with patches of heath, and having a poor, light soil, but sometimes marshy, and abounding in peat; a heath.

RODEO - A North American sport involving skills with horses, cows and other livestock.

MOORED - Simple past tense and past participle of moor.