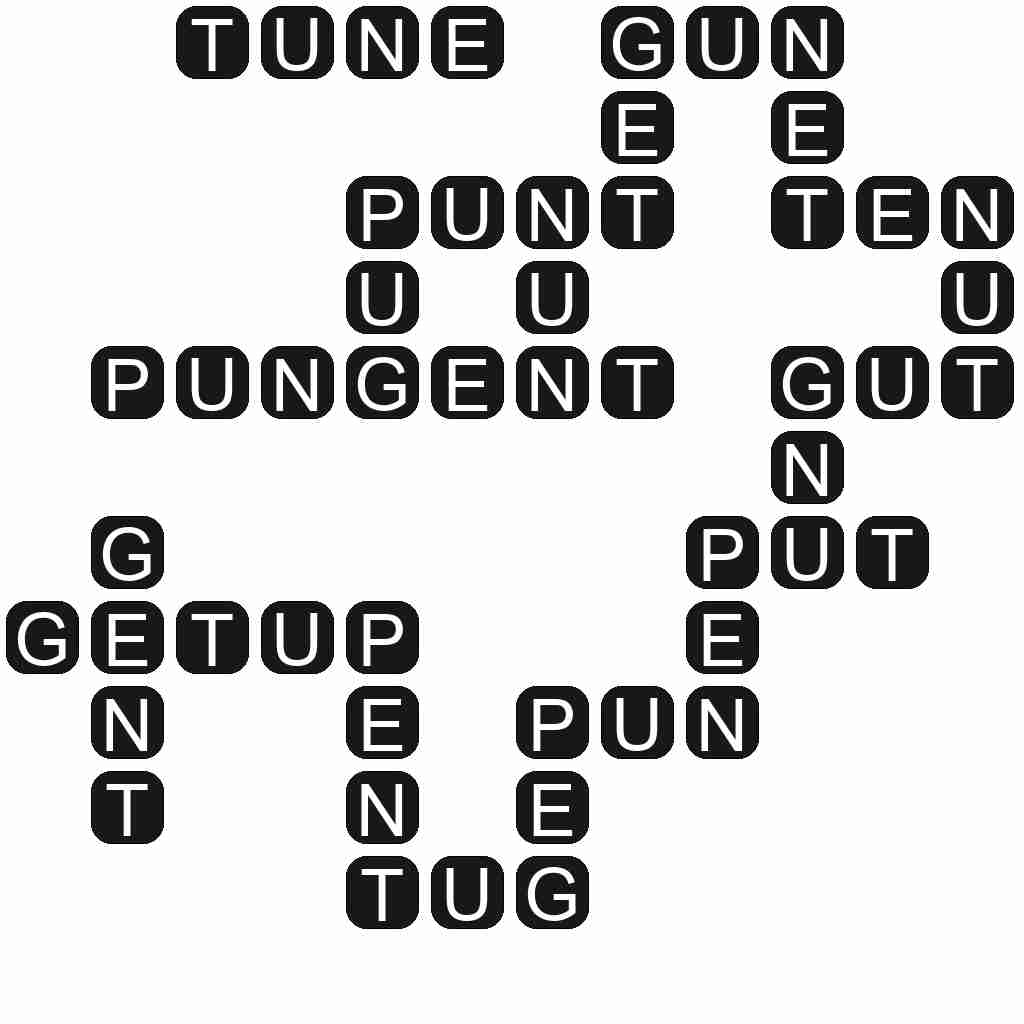 GETUP - A costume or outfit, especially one that is ostentatious or otherwise unusual.

PUNGENT - Having a strong odor that stings the nose, said especially of acidic or spicy substances.