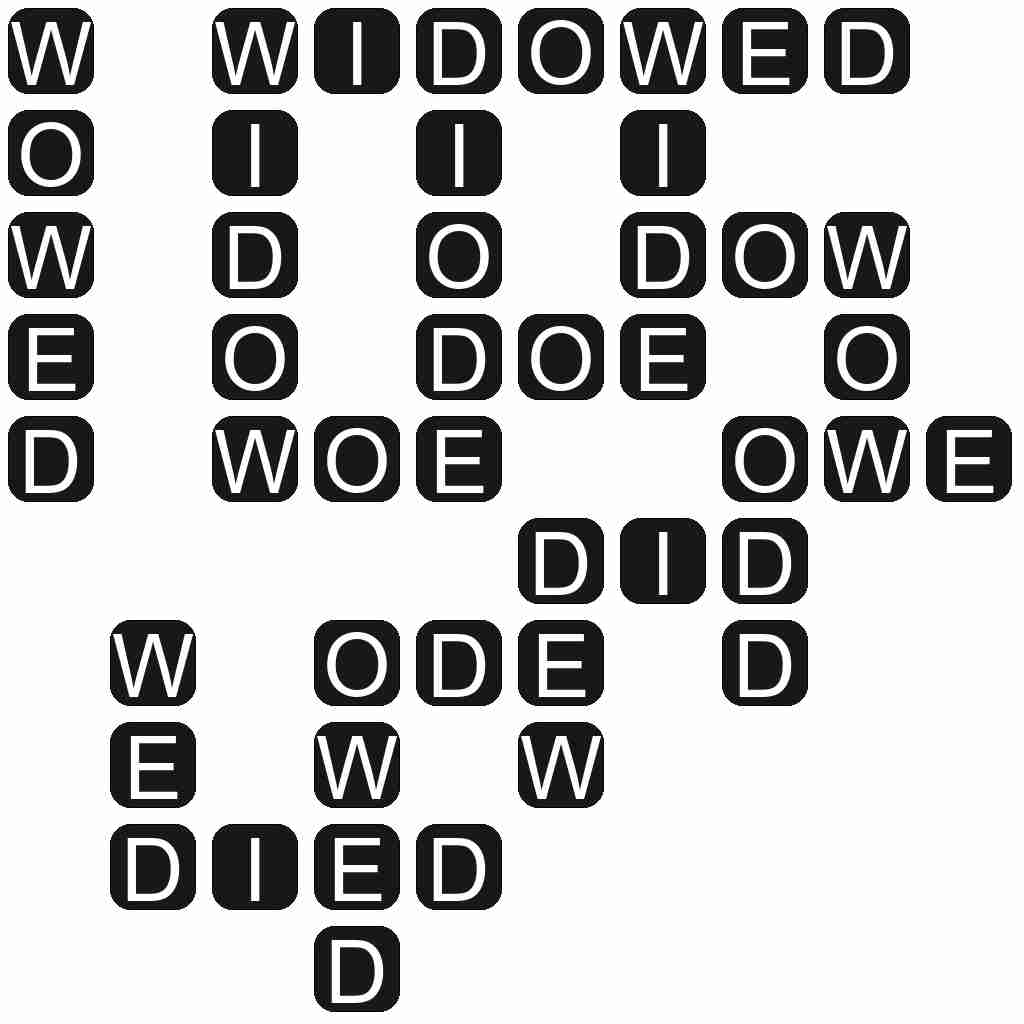 WOW - An indication of excitement or surprise.

OWED - Simple past tense and past participle of owe.

WIDOW - A woman whose husband has died (and has not re-married); feminine of widower.

WOWED - Simple past tense and past participle of wow.

DIODE - An electronic device that allows current to flow in one direction only; a valve.

WIDOWED - Whose spouse has died; who has become a widow or widower.