Home » Wordscapes answers for all levels » 4910 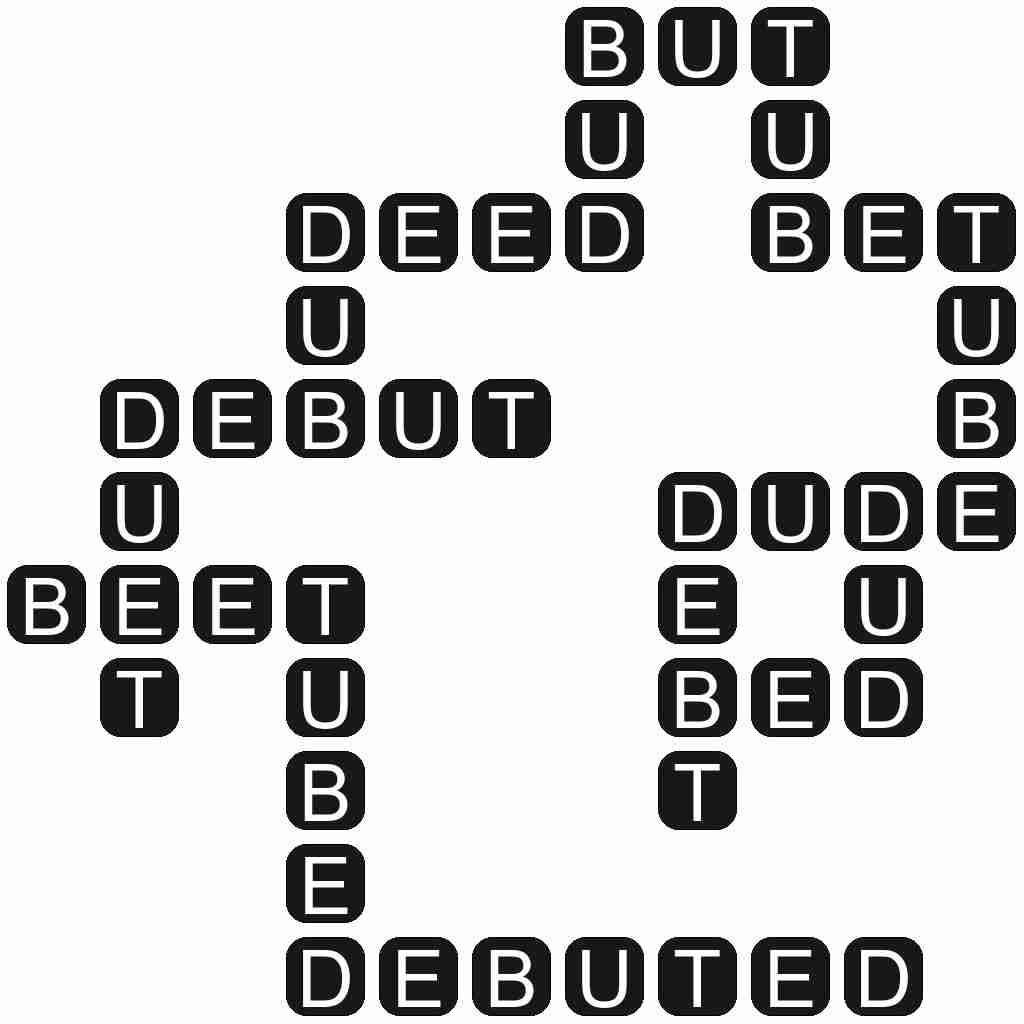 BUD - A newly formed leaf or flower that has not yet unfolded.

DUB - To confer knighthood; the conclusion of the ceremony was marked by a tap on the shoulder with the sword.

DEBT - An action, state of mind, or object one has an obligation to perform for another, adopt toward another, or give to another.

DEED - An action or act; something that is done.

DEBUT - A performer's first-time performance to the public.

TUBED - Possessing a tube or tubes.

DEBUTED - Simple past tense and past participle of debut.