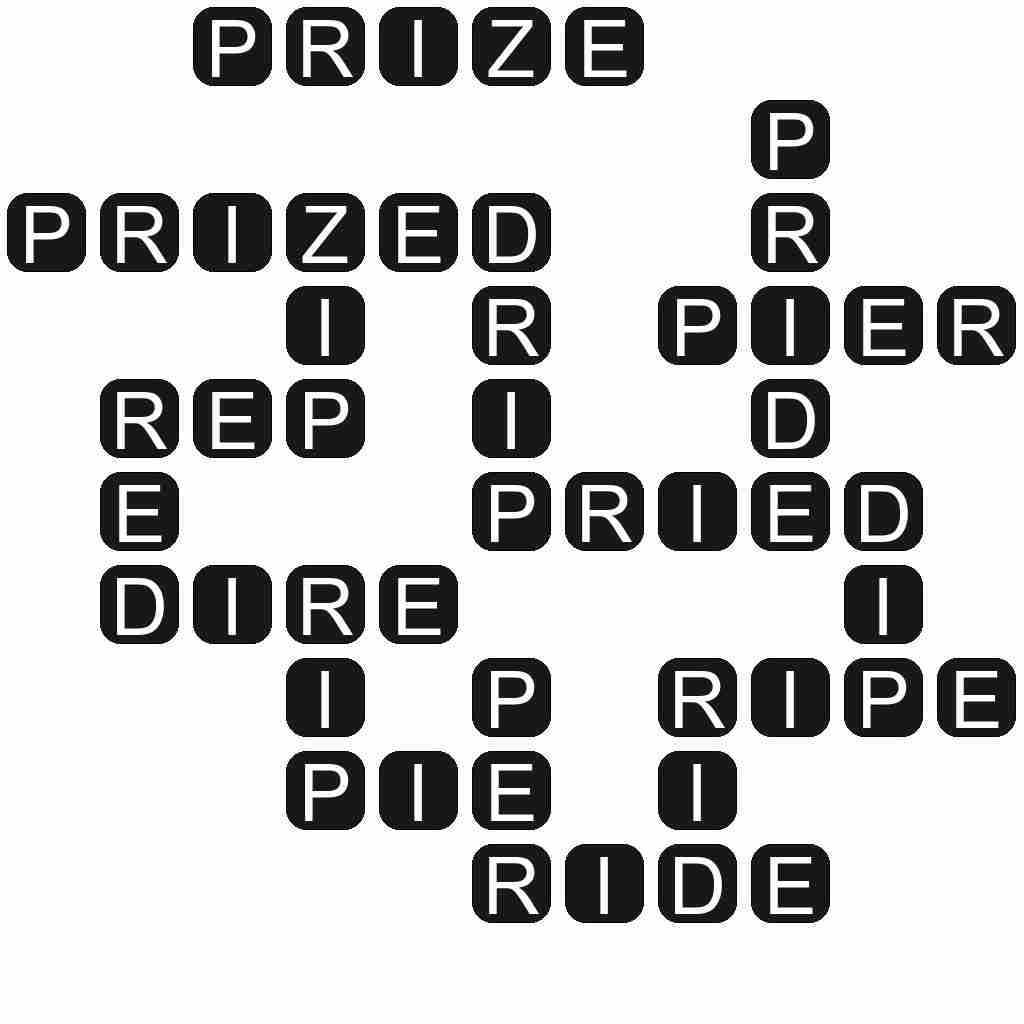 ZIP - The high-pitched sound of a small object moving rapidly through air.

PRIZE - That which is taken from another; something captured; a thing seized by force, stratagem, or superior power.